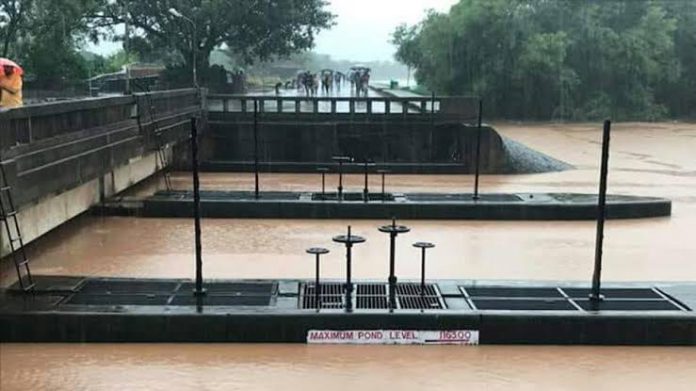 The water level at Sukhna pushed to 1,161.55 ft today, the highest recorded in the season. Water level increased by 2.55 ft in one day. Yesterday, the level was 1,159 ft. It reached to 1,161.55 ft today. This is due to heavy rain in Chandigarh for the past two days. As per officials, water level of Sukhna was 1.45 ft away from the danger mark. In case it touched 1,163 ft, flood gates would have to be opened. This was not too far.

According to GS Dhillon, former chief engineer-cum-director, Irrigation and Power Research Institute, Amritsar, one more spell was required to fill the lake to its optimum level. Due to the efforts of the administration, Sukhna was getting good quantity of water after rain from the upper hill areas.

All preparations had been made, if the need arose.

Last year also when the water level reached danger mark, flood gates were opened. Before this, in 2008, they were opened. For several years, Sukhna Lake had been facing shortage of water. The low level had been a cause of concern for Chandigarh. This issue was under the scanner of the High Court.