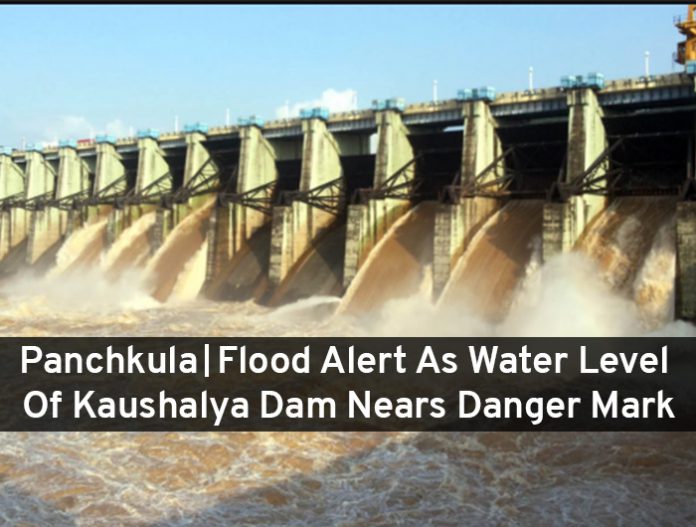 The Kaushalya dam filled up close to the danger mark on Sunday. Around 9 PM, it reached up to 476.2 metres. The overflow mark is at 478 metres. Therefore, the Panchkula district administration announced a high alert in the area after water was released from here.

Panchkula Deputy Commissioner Mukesh Kumar Ahuja said that they are discharging water from time to time. The aim is to reduce the pressure on the dam structure. The spillway gates may be opened anytime once the reservoir reaches its full capacity. If heavy rainfall continues in the catchment area, the discharge in the river may increase too.  He added that on Saturday night as well, the water level had breached the overflow mark by 4 metres.