Home Xpression Interviews Crusader of Justice for Ruchika Girhotra For 26 years Up For Another...
Facebook
Twitter
WhatsApp
Email 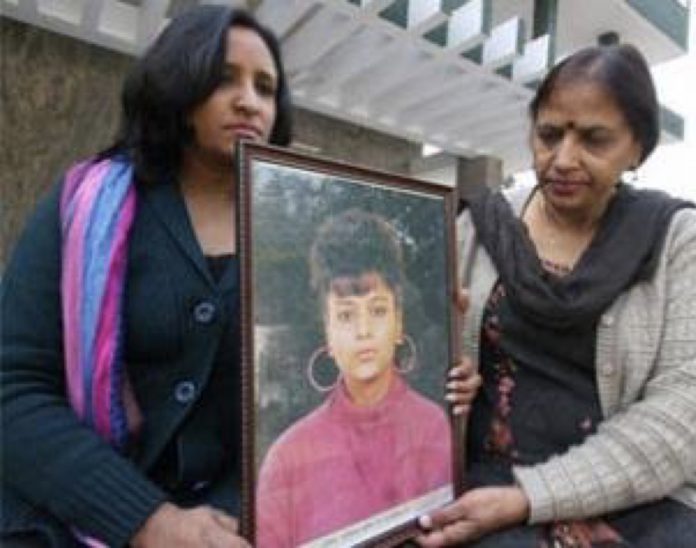 In recent memory there have been some shocking cases that have redefined the society and social systems as we have known them. We, the millennials, fortunately and unfortunately have been the witness to such cases and their long arduous battle for justice and in the process seen history being scripted.

In Panchkula, one such incident happened in August 1990 which bared opened the stark divisions in our society between the power holders and powerless.

A 14-year-old budding tennis player, Ruchika Girhotra was molested by the then Inspector General of Police Mr SPS Rathore in his office when he was the President of Haryana Lawn Tennis Association. And when she complained against it, all hell broke loose on her and her friend, Aradhana Prakash’s families. Aradhana was the witness to this incident.

I remember I was in school at that time when I first came to know about it through my friends and for the innocence it was an open and shut case for us – A man did wrong to a girl, there was a witness, he will be punished.

However, we saw the ugly side of the world as the time passed. Ruchika’s family was tortured, Aradhana’s family was harassed and when she could take no more, Ruchika committed suicide. And, it took 19 years, 40 adjournments, and more than 400 hearings for the judiciary to pronounce SPS Rathore guilty under IPC’s Section 354 (molestation) and sentenced him six months imprisonment and a fine of Rs 1,000, which was in next 7 years extended to 18 months. Meanwhile, he was promoted as DGP Haryana, enjoyed all the perks and political patronage, retired ‘gracefully’ and continued to be honoured as ‘VIP’.

Recently, ChandigarhX had the privileged honour of having a conversation with Ms Madhu Anand, Ruchika’s best friend Aradhana’s mother who stood strong all through the taxing years to win justice for Ruchika and her family.

Listening to the ordeal that little girl and the two families had to go through can even move the mountains to tears. And believe you me, it was much more painful than portrayed in the media.

How an activist in Madhu Anand was born

Sharing her story, Ms Madhu Anand said, “Born and brought up in Chandigarh in a well-educated family, from very early days my mother emphasised on being empathetic and considerate to others. These ideals, I am living to this day.” She fondly remembers Ruchika as so full of life who had dreams of making big in tennis, but, she lost her smile after the molestation.

She mentioned, “Earlier the girls were too scared to share it with anyone but when Ruchika was called again by his peon to his office, Ruchika, being motherless, confided in me and also shared her ordeal with her father.”

Fighting the top brass isn’t easy but clearly disgusted Aradhana’s words moved the parents to take action. She said, “Can influential people do whatever they can and do we let them do this again to some other girl? How can molestation be normal in our society?”

The harassment and trauma that followed

“We had thought that the case would reach its fateful conclusion in a year or two because Aradhana was a witness to this. But Rathore took undue advantage of his power and position to malign Ruchika’s family reputation. He put behind bars her then 10-years-old brother on multiple false charges”, maintained the law graduate from Punjab University.

Even her own family was also at the receiving end of the harassment at the hands of Rathore and his henchmen. They would get threatening calls, goons stood outside their house, her husband was demoted and slapped with wrong corruption charges. However, nothing deterred her and her husband to step back as getting justice for Ruchika was all that they wanted.

‘Every adversity made our resolve stronger’

Not everyone has the tolerance to bear such torments for others that Ms Madhu Anand and her family underwent. However, in her own words, “every adversity made our resolve stronger.” She added that it was disturbing and disgusting to see Rathore enjoying political patronage “but we had our faith in Indian judiciary and believed strongly that justice would be done. This man had ruined a whole family. Ruchika killed herself, her family was tortured and had to leave the town; the man responsible for all this can’t get away with so easily.”

Role played by the media

This crusader for justice specially appreciated the “impartial role played by the media.” Such cases get easily sensationalised, but when CBI probe was ordered in 1998, the mainstream media joined the crusade for justice until he was held guilty by the court. This was the time when Ruchika’s and Jessica Lal’s murder case challenged the unabashed power skewness in society and media played a vital role in this battle for justice.

Finally, he was held guilty

The quantum of punishment given to Rathore was meagre in the face of crimes he had committed, but for Ms Madhu, “What we saw as our victory was he was held guilty at last. It was a tight slap on his sham life he had led committing this heinous crime.” Additionally, after this judiciary adopted the Fast Track courts model to expedite such cases.

Concluding our conversation, she had a heartfelt piece of advice to all parents. “Make your daughters stronger. Make your sons respectful to women. Give them the confidence to raise voice against injustice and when they come to you listen to them, be empathetic. Show them that you love and care for them, unconditionally.”

Ms Madhu Anand has become the personification of social activism and crusader of justice in the country, perhaps the first one from Tricity. Her inspiring battle has undoubtedly helped bringing the power balance in the society in favour of the citizens as it should be in any democracy. Now, she is contesting Haryana State Assembly elections 2019 as Swaraj India party candidate from Panchkula.