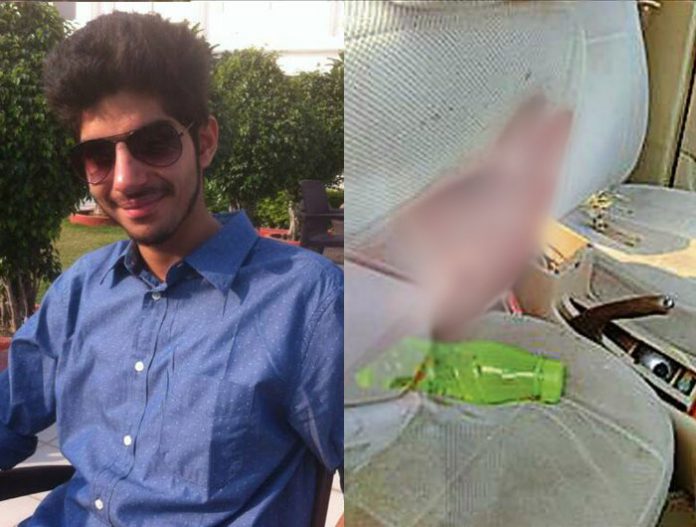 The tricity woke up to a chilling morning on Thursday and it was not because of the weather. A boy was found dead inside a car on Morni road with a bullet shot in the head.

The victim has been identified as Tanishq Bhasin, a 19-yr-old commerce student from S D College. His father, Sunil Bhasin, is a Punjab and Haryana high court advocate.

What The Police Investigations Reveal

His body was first spotted by a passerby at 9 am, who immediately called up the police. The location of the car, a white Toyota Corolla, was near Berwala village on Morni road.

The cops had to break the window to examine the body of the deceased. The doors were locked from inside. A revolver of German-make and an empty shell was found in the lap of the victim. There were blood stains everywhere inside the car.

Blades, mobile phone and other belongings were also recovered from the body of the victim.

Tanishq had gone to meet his friends on Wednesday at 6.30 pm. At 8.30 pm, he called up his father and said he would be coming home for dinner. At 10.30 pm he called up again to inform that he would be late.

His father discovered in the morning that he had not returned and was informed of his death by the police at 10 am on Thursday.

The police will also check the CCTV footage to reconstruct the last moment’s actions.

The Cause Of The Death Is Still Unknown

When the deceased’s body was discovered, it had undergone rigor mortis. Even though all the clues suggest that the victim had committed suicide, the police is examining the details of the case from all angles.

Tanishq’s family said they had not seen any recent change in his mood and behavior. His friends also said he was not depressed. Tanishq’s uncle Anil Bhasin said that he was a bright student and was planning to go abroad after passing college.

Recovery Of A Revolver Deepens Mystery

Sunil Bhasin denied ownership of the firearm found in Tanishq’s possession at the time of his death. The police are trying to find the owner of the German-made revolver. “The victim’s father has denied owning the weapon or knowing anything about it,” said ACP Bishnoi.