Home Entertainment Kapil Sharma’s Fans or Not, Admit It We All Are Waiting For...
Facebook
Twitter
WhatsApp
Email 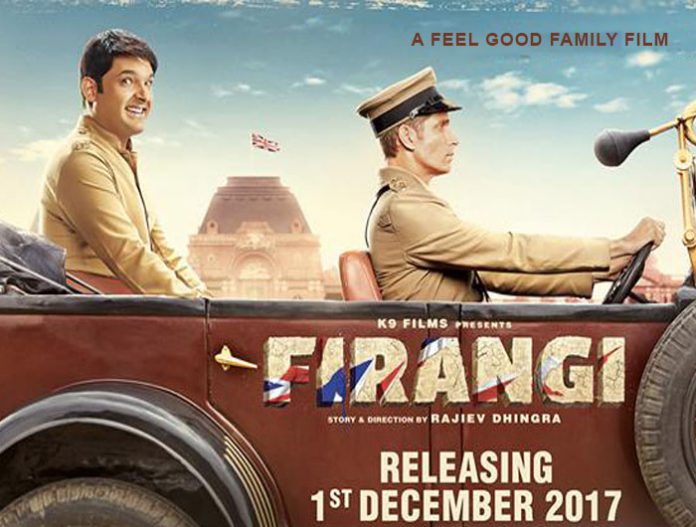 When The Kapil Sharma Show went off-air, it left a trail of heart-breaks and whining viewers. The iconic Kaun Banega Crorepati took its place, but could it touch the viewers’ hearts? Well, that’s a different story. For all Kapil Sharma fans, there was an assurance that the comedy king will be back on bigger screen with his second movie, Firangi.

Finally, the wait is over. The movie, Firangi, is about to release and we can’t help swirling in joy and we, Punjabis, can’t be more proud. Punjabi munda broke the stereotypical notions ‘English is the key to success today’, and by dint of his sheer talent became one with the tinsel world.

His ‘Firangi’ movie portray the pre-independence era’s Punjab where a naive worthless boy from an English empathizer rose to become a patriot. Is the change of heart for love or something else, that we’ll have to wait till the movie hit the cinema halls. What is for sure ingrained is his comedy. From his magic kick that fixes back-aches to romancing Sargi (that’s something new) to being heart-broken to patriot, we are eagerly waiting Kapil in different emotions.

Watch Comedy King, Kapil Sharma, in Firangi’s behind the scenes:

What makes Firangi even more special for Chandigarh is that it has been shot around the city beautiful. The village was set up in Patiala outskirts and Chandigarh connection you can well make out from the picture below:

Kapil came down to Chandigarh on November 18 to promote his movie and the frenzy of the crowd at Chandigarh University was just incredible.

It was amazing to watch Kapil Sharma back in action on Sony TV in ‘Oye Firangi’ where he missed no chance to leave his fans and non-fans in splits. When asked about his flirtatious temperament on Firangi sets, Mr. Funnybones quirkly said, “When you have huge bills to take care of, who can think of romance?”

This man surely deserves the kind of love and adoration that he’s getting. After all he has been our knight is shining armour, our messiah, who rescued us all from those agony hours when TVs would become over-drenched with tears of Prerna, Tulsi, Parvati, Kumkum and heart wrenching background scores (read shrieks). He showed us the hope that life is not as dark as those plots on TVs. It brought us back the belief that there is no vamp in our lives with her solitary mission to wreck havoc in ours (pun intented).  Sneering smiles gave place to angelic smiles and roaring laughter. Sad tears were replaced by laughter tears, jaw-aches and belly curls. He brought happiness back in our lives. Now we crack jokes, pulls each others’ legs, torturously insult our buddies and still be the bestest buds.

Watch the man whose roots firmly grounded and still growing tall like an oak. Watch him unfolding his new layers in his acting talent. Watch him reaching another milestone in his inspiring journey.