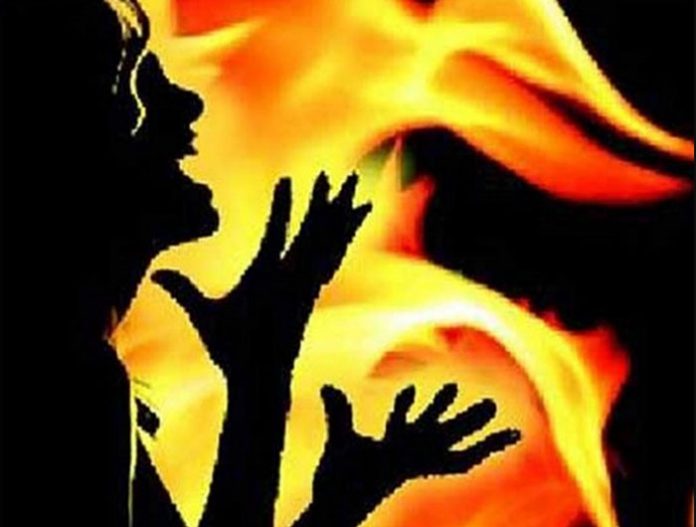 In a tragic incident that happened in Sector-19, Chandigarh, a 50-year-old woman was charred to death. The woman, Saroj, was a resident of house no. 2062, Sector – 19.

This incident occurred when her house had caught fire at around 7.15 pm. Along with her, four other members of the family, including a two-and-a-half-year-old boy, were caught in flames and are critically injured.

The reason of the fire is still unknown.

As revealed by the police, they received a call about a fire due to cylinder blast at around 7 pm. They along with fire tenders rushed to the spot. The police said from the inspection of the site it appeared that the fire had taken place in the house due to some inflammable material poured inside the house and not due to a cylinder blast, but investigations are on to confirm the reason of the fire outbreak.

Saroj’s mother-in-law, Pallo Devi, 80, saw flames coming out of a room. She rushed to help but got injured. Unable to provide the necessary aid, she alarmed the neighbours. She was provided timely help but the neighbours were unable to subsidize the fire. Saroj’s husband, Sunder Singh, 50 and daughter, Usha, 28, were still trapped in the fire.

Lal Bahadur Gautam, fire officer, stated, “When we reached the spot, the room was engulfed in flames. Our personnel rescued Sunder Singh, Usha and her son, but Saroj had already died.”

UT SSP, Nilamabari Jagdale stated that the police have started investigating the matter.

The police has also requested the magistrate to record the statement of Usha and her father, as they are extremely critical. Usha has sustained 70% burn injuries and is unfit to record her statement. Owing to this, the police are yet to register a case.

Usha had separated from her husband and she and her son, Arpit, 3, were living with her parents.