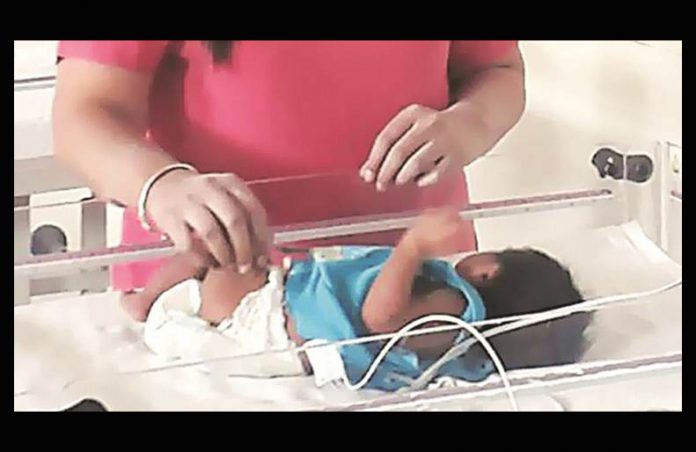 In a shameful incident, a little baby girl just 3-day-old was found abandoned under the trees near the Chandigarh International Airport outside Chau Majra village. The baby was crying and bitten by mosquitoes.

The baby was found alone and unattended by farm labourers in Chau Majra, when they heard a baby’s cries. They looked for the parents, but when failed they informed their landlord Gurjant Singh, who in turn informed police’s rural rapid response team.

The police took the child to the civil hospital in Phase 6. The infant was given treatment and the hospital staff also provided milk to her. The doctors attending to her said that the child was in good condition.

After their initial reluctance, the hospital staff admitted the child and the police deputed a woman constable to take care of the child. Police officials said that they had started tracing the parents of the child and sent a message to hospitals at Mohali, Derabassi and Zirakpur to provide information about the children who were born in the last one week.

A case against unknown parents of the child has been registered at Sohana police station.