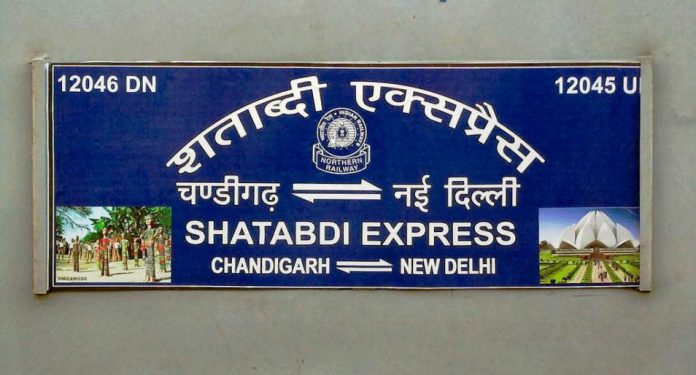 The Indian railways is mooting the idea of raising the speed on Delhi-Chandigarh route up to 200 kmph. The discussions are on with the SNCF, the French railways, to help in reducing the travel time to one hour 50 minutes with one stop at Ambala.

Currently, Shatabdi Express covers the 245 km distance in about three hours 30 minutes travelling at a maximum speed of 110 kmph.

The French had offered three slabs of upgradation. Read more about it here.

Chandigarh To Delhi By Train In Just One Hour. Imagine!

The 245 km long Delhi-Chandigarh corridor is one of the busiest routes in northern India. It is slated to be country’s first semi-high speed project being taken up by railways to run train at maximum speed of 200 kmph.

Nagpur- Secunderabad
SNCF, the French railways, will submit the execution strategy and implementation model with detailed cost of the semi-high speed project. The final report is expected by October

According to a rough estimate, it is likely to cost over Rs 10,000 crore with about Rs 46 cr per kilometre for running trains at 200 kmph, which includes rolling stock, and signal and track upgradation on the Chandigarh corridor.