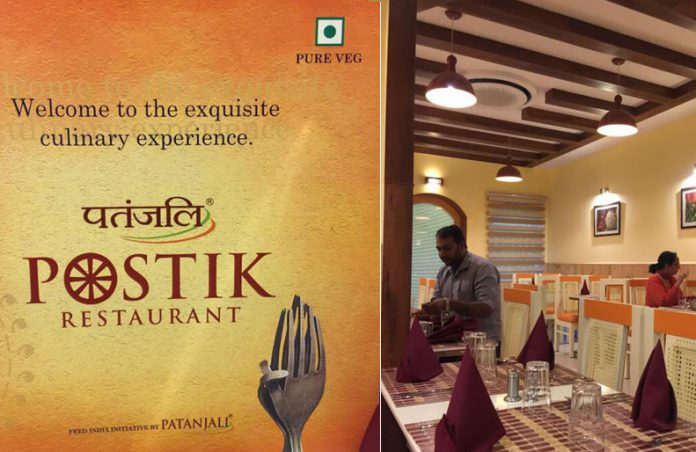 Patanjali is literally leaving no vertical or sector in the country without its presence. We all have been taking, some in serious manner and some jokingly, ‘What happens if enters hospitality business?‘ Now see for yourself, Chandigarh. This is India’s first Patanjali Postik Restaurant.

When contacted by ChandigarhX, Postik restaurant’s manager, Rajesh Kumar Gangotia, revealed, “Some last few formalities are yet to be done which will be finished soon, then Postik will have grand inauguration with media lights. Right now, we have started the restaurant on a soft opening since April 1.” He also added, “We use only Patanjali products in our preparations whose health benefits surpass any other in market.” The restaurant is owned by Rajpal Singh.

The restaurant, against its claims of soon getting the Patanjali’s venture, did not get it. It only serves food made with Patanjali products and display big pictures of  Baba Ramdev and Acharya Balkrishna. Other than this it has no association with Patanjali itself.