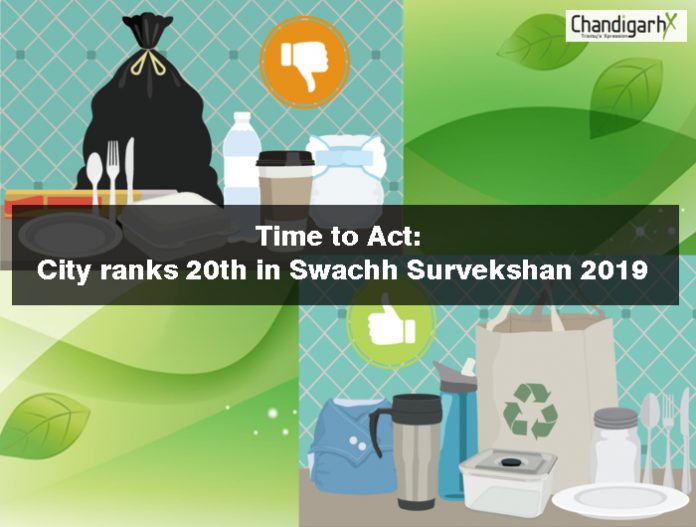 What Is The Cause Of Concern

The Chandigarh Municipal Corporation’s attempt to streamline wet and dry filth has all gone in vain. Neither the private door-to-door garbage collectors bothered for once after distributing the blue and green plastic dustbins, nor did the residents put it to use. Interestingly, these are used by households for a multiple purposes but not for garbage collection. From the daily car wash to mixing paint during a white-wash in your house, they have come in really handy.

Chandigarh, which proudly carries the tag of City Beautiful, has got a blot on its clean image. From its third spot in the Swachh Survekshan ranking last year, the city has slipped to the 20th place in 2019 list delineating the cleanest cities of the country. Earlier, Chandigarh had slid from the second rank in 2016. It landed in the 11th position in 2017 before regaining its glory when it bagged the third place in 2018. The alternating rise and fall in its performance levels is reflective of the resolve of the citizens and civic body to plug the gaps revealed by the survey.

The Issue Of Waste Management

The poor score in the area of waste management in 2018 was the main problem to overcome. Later, the city scored the top position in 2019. Putting in place an effective waste segregation mechanism at source would have prevented its down slide. Every household too should have adhere to adequate disposal.

How Can You Help

Waste management in Chandigarh is a continuous problem. It needs to be looked upon as a serious issue, both by the Government and also by the citizens of the city.

Think in a broader perspective towards controlling waste production. Just like charity begins at home, take a pledge to do what you can for your city. If each one of us does our bit for our environment, Chandigarh will regain its identity of The City Beautiful. Even a small step counts…