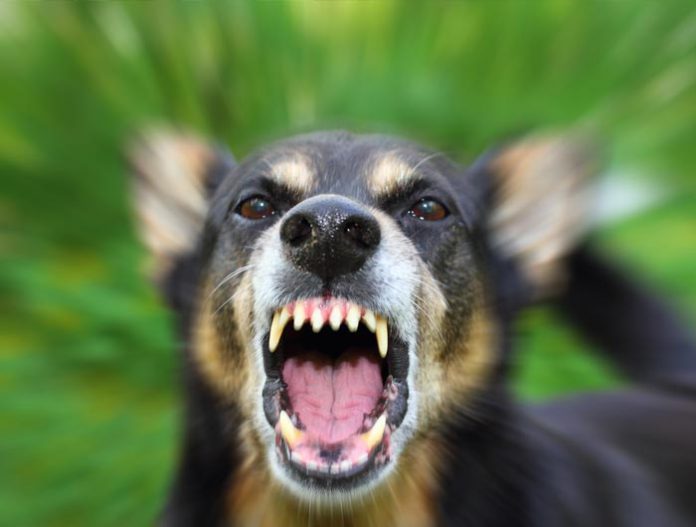 First aid after getting bit

When you get to a safe place after getting bit by a dog, immediately wash the wounds with soap and water. Seek medical attention.

Wash the wound thoroughly with soap and water

Cover the wound with a clean bandage

See a healthcare provider if the wound becomes red, painful, warm, or swollen; if you develop a fever; or find the dog that bit you was acting strangely.

Apply pressure with a clean, dry cloth to stop the bleeding

If you cannot stop the bleeding or you feel faint or weak, call your local emergency medical services immediately

Who should you report the bite to?

Anyone who is bitten by a dog is at the risk of getting rabies and should report the incident to the police department, especially if you don’t know the dog has been vaccinated against rabies or if it appears sick and is acting strange.

Where can you seek treatment in Tricity?

The Chandigarh Municipal Corporation has two dispensaries in Sectors 19 and 38 where dog bite victims are treated. Civil hospital, Sector 6, Panchkula, is also one of the centres for the treatment of dog bites in the Tricity area.

What diseases can you catch from dog bites?

In addition to causing injuries, dog bites can spread germs from dogs to people. Up to 18% of dog bites become infected with bacteria. Over 60 different kinds of bacteria have been found in dog mouths, and a handful of these can make you sick. Dog bites can cause the following diseases:

Rabies is among the most serious diseases one can contract from dog bites. Rabies is a virus that affects the brain and is almost always fatal once symptoms appear. Rabies virus is most commonly spread through the bite and saliva of an infected animal. The disease can be prevented by vaccinating dogs. People who are bitten by a dog should speak with a healthcare provider to see if rabies vaccination is necessary.

Capnocytophaga bacteria live in the mouths of people, dogs and cats. These bacteria do not make dogs or cats sick. Rarely, capnocytophaga can spread to people through bites, scratches, or close contact from a dog or cat and cause illness. Most people who have contact with dogs or cats do not become sick, but people with a weakened immune system are at a greater risk of getting sick.

Pasteurella is a type of bacteria seen in over half of the infected dog bite wounds. Pasteurella commonly causes a painful, red infection at the site of the bite, but can cause a more serious disease in people with weakened immune systems. There may also be swollen glands, swelling in the joints, and difficulty moving.

MRSA (methicillin-resistant Staphylococcus aureus) is a type of staph infection that is resistant to a certain group of antibiotics. Dogs and other animals can carry MRSA without showing any symptoms, but the bacteria can cause skin, lung, and urinary tract infections in people. MRSA can also spread to the bloodstream or lungs and cause life-threatening infections.

Tetanus is a toxin produced by a type of bacteria called Clostridium tetani. This toxin causes rigid paralysis in people and could be a problem in deep bite wounds.

Is there any compensation for dog-bite victims?

There is no specific policy for compensating dog-bite victims in Chandigarh, Mohali and Panchkula yet. There have been only two cases where the deceased victim’s family was compensated by the Municipal Corporation – families of 6-month-old Ayush and 6-year-old Sadiya were given Rs 3 lakh each by the MC.

What are the symptoms of rabid dogs?

Initially, a dog which has become infected may show extreme behavioral changes such as restlessness or apprehension, both of which may be compounded by aggression. Friendly dogs may become irritable, while normally excitable animals may become more docile. A dog may bite or snap at any form of stimulus, attacking other animals, humans and even inanimate objects. They may constantly lick, bite and chew at the site where they were bitten. A fever may also be present at this stage.

As the virus progresses, an infected dog may become hypersensitive to touch, light and sound. They may eat unusual things and hide in dark places. Paralysis of the throat and jaw muscles may follow, resulting in the well-known symptom of frothing at the mouth. Disorientation, incoordination and staggering may occur, caused by paralysis of the hind legs. Other classic signs of rabies include loss of appetite, weakness, seizures and sudden death.

How can you avoid dog bites?

As most of the dog bite cases involve children, it is imperative to accompany them in parks and keep an eye on them. Sometimes children play roughly with dogs, pulling on their tails or ears. In such cases, dogs sometimes become afraid of the child’s behavior and strike out in fear. Dog bites to kids are also most likely to be extensive and require surgery and reconstructive procedures.