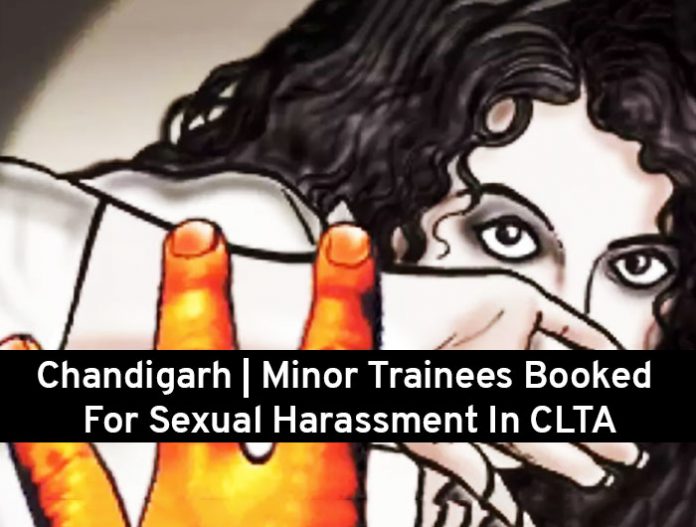 Five minor trainees of the Chandigarh Academy of Rural Tennis (CHART) have been booked for stalking and sexually harassing a 16-year-old girl. She was their fellow trainee. The names of the accused are being withheld.

The girl’s father filed a police complaint against five male trainees of misbehavior and harassment at the CLTA Complex in Sector 10. As reported in HT, the father complained that after practice sessions and matches, the boys stalked his daughter. This went on for two months. Even they allegedly touched her inappropriately.

The father had also levelled allegations against senior management of CLTA for shielding the boys. He alleged that the seniors tried to gain control over the situation by character assassinating the girl. Instead of helping a young victim of sexual abuse, they issued threats of ending her career in tennis. He now plans to move to Punjab and Haryana High Court for alleged inaction of the Chandigarh police against them when they too were named in his complaint.

Under the Indian Penal Code, all five have been booked under Sections 354 (sexual harassment), 354A (making sexually coloured remarks), 354D (stalking) and 506 (criminal intimidation), besides Protection of Children from Sexual Offences Act 2012.

As reported in HT, the CLTA president Jai Singh Gill denies the allegations and maintains, “I met the girl and her father in May this year, when they had made a separate complaint. After we took action, the complaint was withdrawn by the father. That was my last and only interaction with both of them.”

FIR Against Father Too

As per the complaint by one of the accused, the father allegedly thrashed and threatened him. The police have registered a case against the father after verifying facts and the boy’s medical examination. He has been booked under the Indian Penal Code of Sections 341 (wrongful restraint), 323 (voluntarily causing hurt) and 506 (criminal intimidation).

Nilambari Jagadale, Senior Superintendent of Police(SSP), Chandigarh said that all complaints are being examined. Any action will be taken based on the conformity of facts.