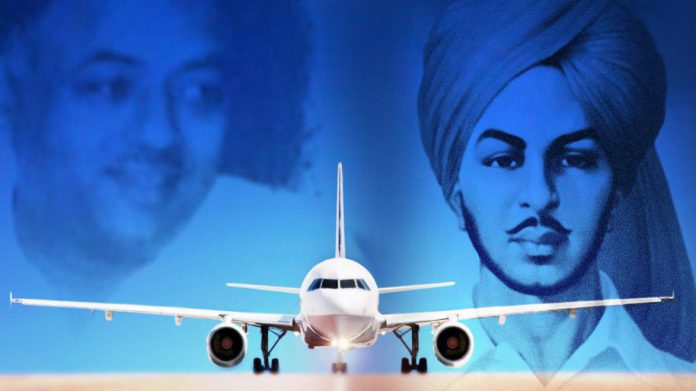 Who says what’s in a name?

Since its inauguration, Chandigarh Airport has been a cause of joy for travelers here, but WHAT SHOULD IT BE CALLED? The name has been a bone of contention between two states, Punjab & Haryana.

What is the controversy? The Punjab government wrote a letter to Centre Government in regards the same.

The Haryana Government led by Manohar Lal Khattar, allegedly said ‘No’ to Punjab’s proposal and proposed Chandigarh Airport to be named after Mangal Sein, an RSS ideologue.

Each government has rejected to other’s proposed name.

Location of the Airport

There was no problem till the airport was serving only domestic traffic. It was located in Chandigarh and it was called Chandigarh Airport. The problem arose after Punjab’s proposal to convert the airport into an international one was accepted. However, there wasn’t enough land for a new international complex. As a way out, Punjab offered land in its jurisdiction, in Mohali for the other side of the airstrip.

Now, the controversy recently created a stir in Rajya Sabha from the opposition led by Congress supporting the name to be after Sardar Bhagat Singh only.

While Haryana Government now claims that it has no objection to naming it after the great martyr Bhagat Singh. But it objected to ‘Mohali’ in the name.

As a resolution of the controversy, the central government did decide that no airport in the future will be named after persons, but only cities. However, the recent uproar in the parliament again on its name again added fuel to the simmering controversy.

Central government decision to name the airport after cities rather persons does sound reasonable, only if all parties agree to it.

About the cities, whether it is going to Chandigarh Airport or Chandigarh International Airport or Shaheed-a-Azam Sardar Bhagat Singh, Mohali Airport, what is most disturbing is great freedom fighter’s name being dragged in the controversy.

Can we compare Mangal Sein with Bhagat Singh?

Who is Mangal Sein?

Mangal Sein was Deputy Chief Minister of Haryana briefly in 1970’s, seven time legislator and Haryana BJP President. He was an RSS ideologue. It is also alleged that he was Khattar’s political Guru.

And, Bhagat Singh… I need not say anything beyond this.

Can we compare a politician with a great martyr?

Can you let politics decide whose name should be respected for generations?