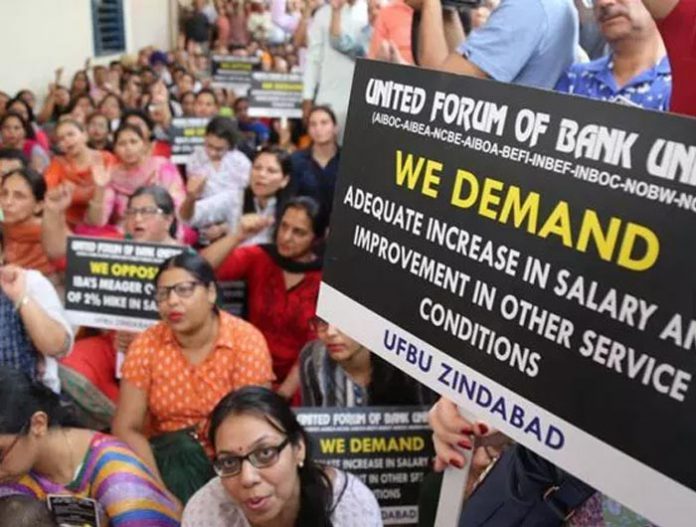 Banking services in Punjab, Haryana as also in Chandigarh were hit today as employees went on two-day nationwide bank strike against a “meagre” 2 per cent salary hike offered by the Indian Banks Association (IBA), which represents management.

All customers services including cash withdrawals as well as cheque clearance/deposits were hit.

The industrial sector including MSME and large enterprises in Punjab and Haryana are likely to face problems for a couple of days as their business transactions may be hampered.

However, major private sector banks continued to function in these states.

Protesting employees, under the aegis United Forum of Bank Unions (UFBU), held rallies and demonstrations at several places including Ludhiana.

“We do not want that customers should face any kind of inconvenience. But we were left with no option except to go on strike,” UFBU (Ludhiana), Convener, Naresh Gaur said.

He added: “Bank employees and officers are compelled to undertake so much of non-banking business and all the burden of doing various government schemes have fallen on the shoulders of the bank staff.

“Everyone is aware of the increasing stress under which bank staff are working in the branches and adding salt to the wound, such a meager hike in wages is offered by IBA. It is totally unfair and unacceptable.