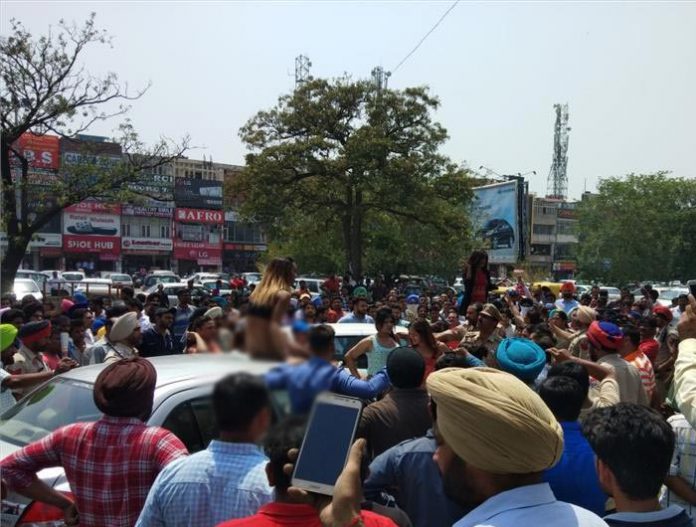 Members of transgender community in Mohali blocked traffic and carried out ‘naked’ protest.

A few of them then climbed on the bonnets and roof of cars and carried out their protest. As onlookers were shocked by the naked protest, police, including women police officials, rushed to the spot to remove the transgenders from there.

However, the protesters refused to move and continued for a few minutes.

The transgenders were protesting against an alleged “fake news” published in a daily newspaper that members of their community were way-laying motorists and people on the airport road and extorting money. Police had questioned them for several hours in connection with the allegations of loot against them.