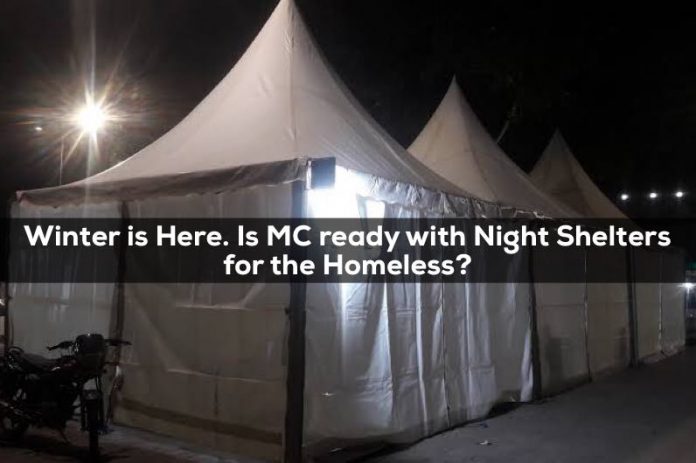 As the winter sets in, most of us are fondly romanticising it with a hot brewed coffee/tea/soup, snuggle into quilt and every morning fighting the idea of getting out of bed. But, do we give a thought to those who are forced to sleep in chilly nights on the road pavements?

In 2014, the Supreme court of India came down heavily on states for failing to avoid deaths of homeless people due to winters. It directed building up of shelter homes before the onset of winters.

Though Chandigarh was not amongst those directed by the apex court, however, it cannot evade from the responsibility of providing shelter to the poor and homeless when around 800 homeless people in India die ‘needlessly’ in cold weather.

As per reports in The Indian Express, Chandigarh MC has just started with the process of installing night shelters for homeless by floating tenders. The MC claims to make night shelters functional by December 15, but it appears to be a distant dream as the bid submission time is up to December 12 followed with opening up of technical bids.

The tender clearly specifies three and a half months to be the duration for which these shelters will be set up.

The corporation sets up these night shelters near PGI, Sector 19, ISBT Sector 43, near Sai temple in Sector 30, Sector 9, Sector 16, near railway station and various other places.

Why the delay in setting up night shelters?

A senior officer of the MC said the delay in setting up the night shelters was due to the late permission from the department of social welfare.

MC’s apathetic behavior has not gone down well with the citizens. Baljinder Singh Bittu, the chairman of the Chandigarh Federation of Sectors Welfare Association of Chandigarh, said, “Is it of any use to set up night shelters so late? It is already freezing at night because it gets windy. There are hundreds who sleep out in the open.”

PGI complex is the area which is in dire need of more night shelters. The gurudwara in the complex is the only pocket-friendly place that can accommodate over 3,000 people every night with round the clock food availability.