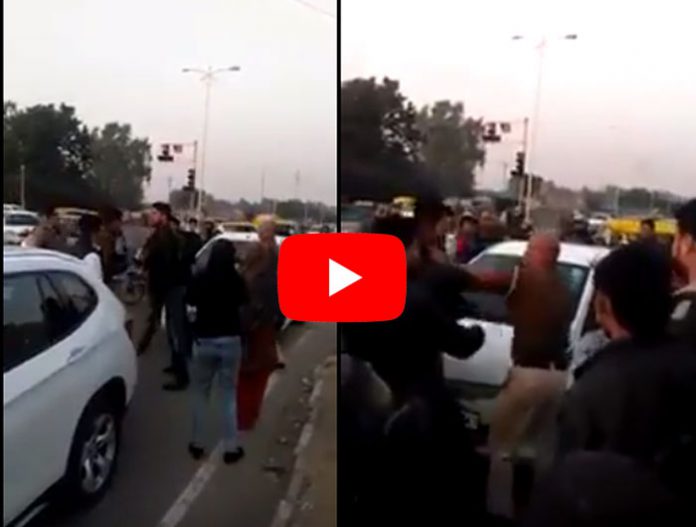 On Friday, December 8, Chandigarh policemen arrested two brothers, including the CEO of a newly established from IT company in IT Park, Manimajra. But, it was not a normal arrest. It turned nasty and the two Chandigarh policemen who went to arrest them were suspended. The video of the scuffle went viral over the internet.

A woman employee of the IT company approached the IT Park Police Station, alleging sexual harassment by the CEO of her company, Sahil Kohli. She lodged a complaint around 12.30 pm. According to sources, the policemen, Head Constable (HC) Shubhkaran and Constable Manoj Kumar, along with the victim, went to the IT company and approached Sahil, who was accompanied by his elder brother, Somil Kohli.

When policemen asked them to go to the nearby police station, Somil became angry and got into a heated argument with them. Later, the two brothers agreed to go to the IT Park Police Station but in their own vehicle along with Head Constable Shubhkaran.

Instead of driving towards police station, Somil, who was driving the car, diverted the car in a different direction. One of the policemen, Shubhkaran, was in the car with them. However, due to heavy traffic jam at Kishangarh light point, they had to stop the car and Shubhkaran then somehow managed to take away the car keys and step out of the vehicle. Subsequently, Sahil and Somil started abusing and attacking the policeman, who also engaged in violence with the brothers. As quoted by Deputy Superintendent of Police (East) Satish Kumar, “The brothers were bent on abducting the policeman with the intention of killing him somewhere in Ambala.”

The video clearly showed all three involved in brawl and Manoj trying to rescue Shubhkaran and bringing the situation under control. The video was shot by passer-byes and the woman victim (who lodged the complaint against Sahil), who was in another car with Manoj.

The two policemen, Shubhkaran and Manoj Kumar, were suspended for indulging in violence with the brothers in public.

An FIR of sexual harassment against Sahil Kohli on the complaint of his woman colleague has been registered and both of the brothers have been booked for abducting, attacking and threatening two policemen. They were produced in court on Saturday.