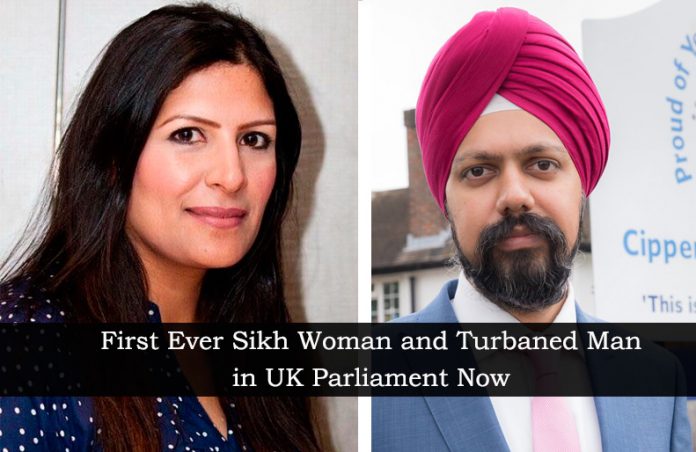 History has been scripted in the UK elections this year!

Another first in the elections, Tanmanjeet Singh Dhesi pulled off a victory for Slough seat to become Labour Party’s first turban-wearing MP. Dhesi got 34,170 votes giving a strong defeat to his Conservative party rival by 16,998 votes.

Commending Labour Party for its decision to give an opportunity to turbaned candidates in the elections, Sikh Federation in UK said that the party now needs to have visible Sikh representation in House of Lords. “Credit to the Labour Party leadership for taking the bold step of giving Sikhs the opportunity to fight for winnable seats. Labour now needs to turn its attention to having visible Sikh representation in the House of Lords at the first opportunity so Sikhs are better represented and can bring fresh thinking and ideas,” it said in a statement.

The victories for Sikh candidates in UK has come at a time when there has been a surge in “hate crimes” against Sikh population in the West.