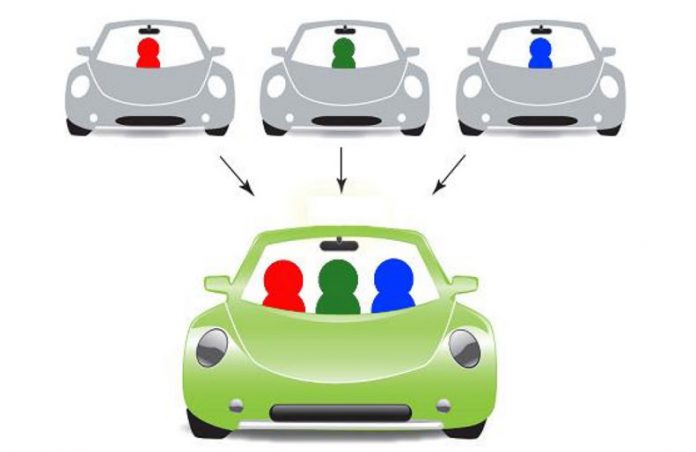 UIET has been reputed for churning out smart students who have great ideas. It has one of the best techies in the city who have already dug deep into the field of information technology. These innovative minds are tinkering with new age apps and have proved their mettle by designing innovative and socially relevant applications with mind-blowing benefits.

Ranu Aggarwal, Jashan Singh Oberoi and Hitesh have come up with an app which allows residents to share or pool their vehicles with commuters while heading towards a particular destination in the tricity. For this the person who drives/owns the vehicle gets a nominal charge. This way both parties benefit from pooling a vehicle.

What Is This App All About?

Didn’t get it? Let’s elaborate with an example.

If you are heading to Sector -17 in a car. After registration, this app allows people who, of course, want to travel to the same destination to book your vehicle. You get paid in return. That’s mighty cool. In fact, it wouldn’t be wrong to say it’s easy money.

Even the people are enthusiastic about the app. Around 700 vehicle owners and 3000 commuters have registered themselves online.

Features Of This App

This app which is similar to uberPool has some cool features –

♦ Owner shares the details of his trip, i.e. time of departure, location of departure, his destination
venue and whether he/she is interested in sharing his/her vehicle
♦ A traveller who’s registered on the app can select the vehicle owner who’s nearest to him.
♦ Payment is not made in cash. This feature was specifically included to avoid any financial disputes. The payment made by the traveller will be transferred to a fuel card issued by Hindustan Petroleum(The company is still in process with tying up with Hindustan Petroleum).

The fare has been initially fixed at Rs 3.5 per km.

Who All Benefit From This App?

A lot of people will gain from this app –

♦ Daily commuters who find Uber and Ola expensive
♦ Students in possession of a vehicle, and in need of some extra cash
♦ Women and unemployed youth will benefit the most out of it

A Bit Of Info About Founders Of The Startup