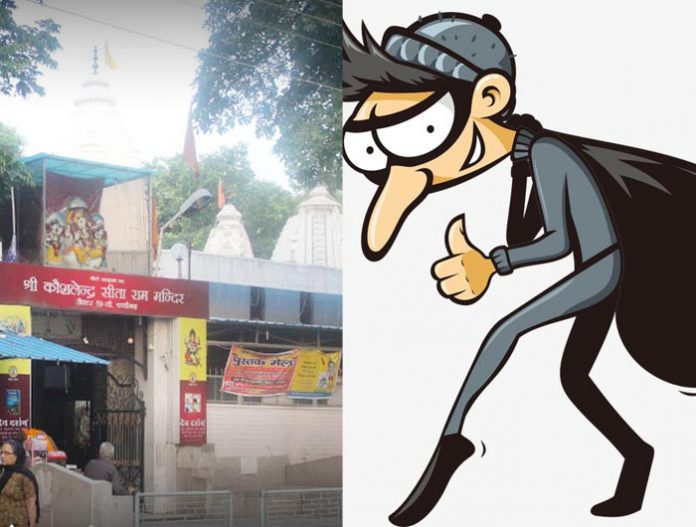 The Sita Ram temple in Sector 19, Chandigarh was robbed by two thieves on the intervening night of Monday and Tuesday.

According to police, two thieves entered the temple breaking open the gate’s lock around 1.30 am. When they were leaving, having picked all ornaments, one of the them hit a coin box which woke up the priest on night duty.

According to priest on duty, one of the thief appeared to be 30 years old while another in his mid-twenties.

The CCTV’s hard disc is also broken, so there is not surveillance footage revealed head priest of the temple.

The Sector 19 police station has registered the theft case against two unidentified men. Investigations are underway.