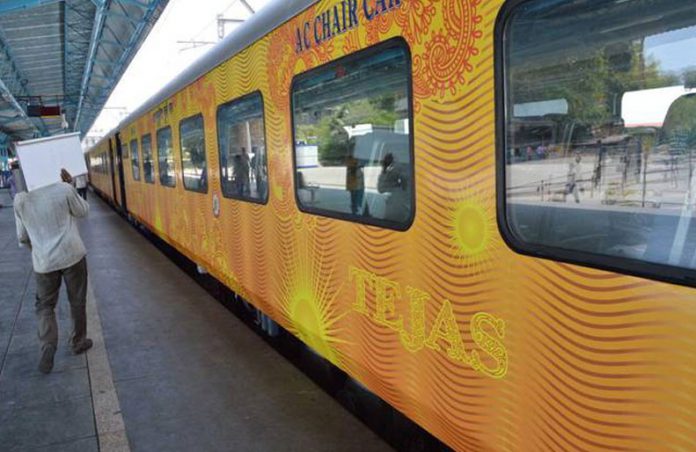 Of the six new trains introduced, four have been allotted under the Tejas and Humsafar Express services. These trains will start plying from November 1 under new timetables as allotted by the Indian Railways.

What’s in it for the people of Chandigarh?

Chandigarh benefits greatly, as the Shatabdi trains were the fastest in the New Delhi to Chandigarh route. With new and faster trains, the journey will get shorter. Many passengers will be able to pursue a to-and- fro journey in approximately six hours – a fraction of the present journey time.

The trains will be operating six times a week (except Wednesdays) between New Delhi and Chandigarh.

The website says that the date of introduction of the Tejas Express between New Delhi and Chandigarh will be notified later.

ABOUT THE TEJAS EXPRESS