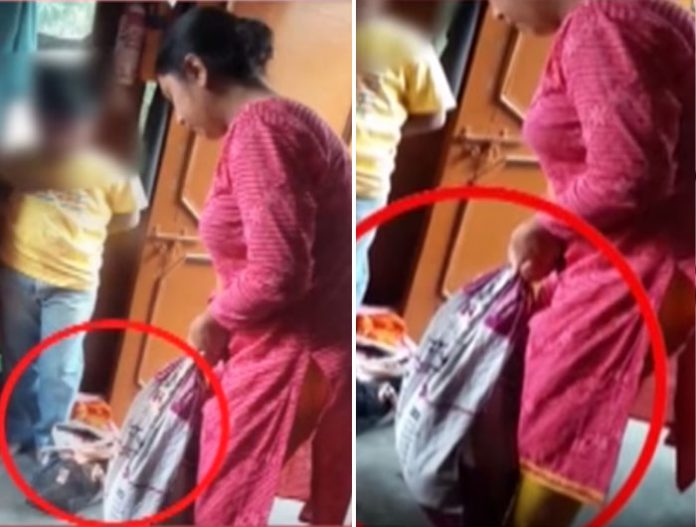 What is happening to the people? Do they have no morality and accountability left inside them?

A case was filed against a woman after a viral video on social media surfaced. She was repeatedly slapping her stepdaughter mercilessly. She even stuffed the child in a gunny bag to teach her a lesson. The child’s leg was already plastered.

The video was recorded by the girl’s brother on phone. After the girl’s father came to know about the incident, he lodged a police complaint against his wife. It seems that the father was not aware of the stepmother’s heinous wrongdoings. The brother had told him about this number of times before but he never believed him. After looking at the video evidence, he then approached the Child Welfare Committee in Sector 19.

The stepmother had also broken the girl’s leg a few months back.

The stepmother, Jaspreet Kaur, had married Manmohan Singh in 2016. It was the second marriage for both of them. They are residents of Sector 29.

A case  has been registered under the provisions of the Juvenile Justice (Care and Protection of Children) Act. The SHO of Industrial Area, Phase I, Devinder Singh said that efforts are being made to nab Jaspreet.

This incident is shocking and intimidating at the same time. We hope that the victim makes a speedy recovery.