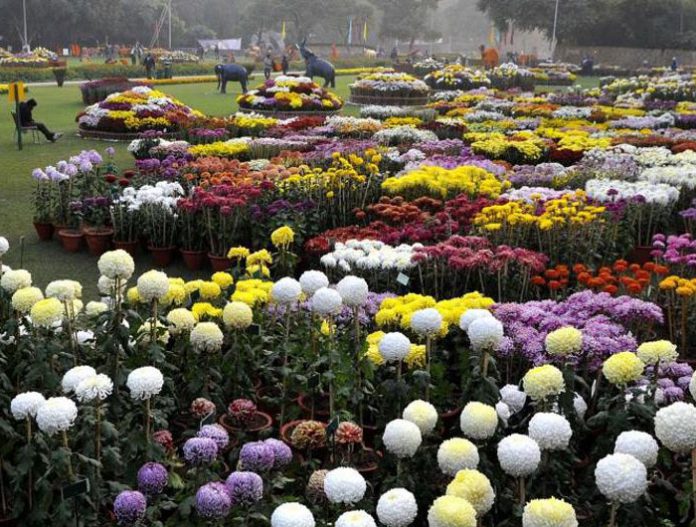 Finally, again it’s that time of the year.

Winters in Chandigarh is beautiful for reasons a lot. From the crown of Shivaliks to foggy lake to kaleidoscope of colors lining the roads to dew drops covered blades everywhere. And the major attraction what is amiss from the list is the Chrysanthemum Show.

Terraced Garden in Sector 33 is again all set to become a palette of pristine hues and fragrances. Chrysanthemum Show is scheduled from Dec 8-10.

Officials said residents, flower lovers or government/semi-government organisations could display their flowers on December 7 till 12 noon for competition. The same would be adjudged at 2 pm. Results would be announced in the evening.

“Forms to take part in the competition are available free of cost outside the main gate of the Terraced Garden. This time, it will be double the cash prize than the previous year. Over 800 participants are expected to take part in the event. This is one-of-a-kind show not held anywhere in the north. People get encouraged for greenery and will get inspiration for their own creation of flowers,” said Krishan Pal Singh, Executive Engineer of the MC’s Horticulture Department.

The flowers in the nursery have been groomed for over a year now. It’s time to appreciate and felicitate the hard work they put in.