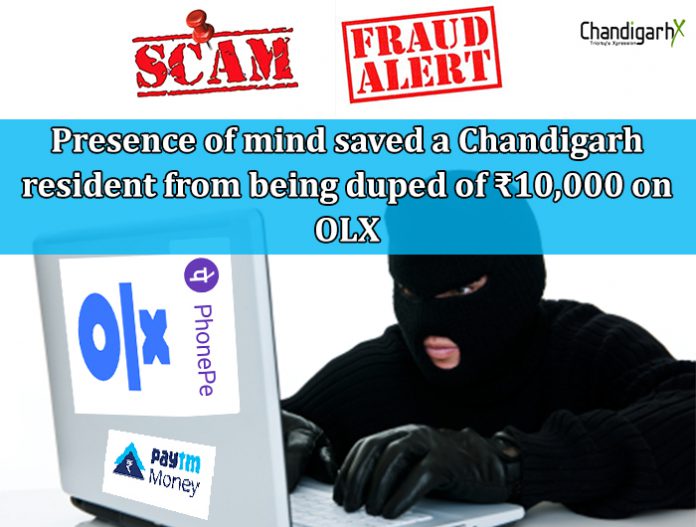 On OLX, advance payment is a prevailing model for fraudsters to target victims to make upfront payments for goods, services and/or financial gains that never materialize. They may trick you by gaining your trust through lucrative and irresistible offers, emotional appeal, etc. They try to keep the conversation very engaging. When they have you hooked, they may dupe you for money and vanish. Recently, a seller uploaded a Six Seater Sofa Set for Rs 29,999/- for sale. Among all the queries received, this particular was disturbing and taught him a lesson for life. It is but natural for buyers to negotiate to decide on a price eventually favourable to both the parties. This buyer too, got into a similar discussion. But to the seller’s surprise, he concluded it in a jiffy and quoted Rs 28,000 as the final price.

“The con person was very convincing throughout in his urgency to receive the goods immediately. His conversation also suggested the same” said the seller.

The incident highlighted yet again that a well-established modus operandi for duping online sellers has thrived. OLX has previously taken down a number of advertisements, but the actions appear to have done little to halt the fraudsters.

So, How Did The Scam Work

Here’s a step-by-step guide of the seller’s case to illustrate the process:

Since the seller was unavailable on the same day, he asked the buyer to collect the goods next day.

To this, he said he would book them for Rs 10,000/- to be paid via PayTM. In the next call, he mentioned PhonePe to be a more convenient mode.

After a few hours, he called up to inform that the amount had been transferred and the seller would have to click on the ‘PAY’ button on the PhonePe app to allow a confirmation to be sent to the app to allow him to transfer funds. Already skeptical from the very first call of the buyer, the seller verified the same.

Had he clicked on the PAY button, the funds would have been transferred from the seller to the buyer.  Anyone who is not literate enough about the app or falls victim to such an upfront payment can easily fall prey to such fraud calls. Here, the seller’s presence of mind helped out to land safe.

Portals such as OLX have previously taken down a number of advertisements, but the actions appear to have done little to halt the fraudsters.

“Even when I realised that something fishy was up, I still didn’t think that the entire operation was a con job” the seller said.

An offer too good to be true, could be a fraud. Never pay or receive advance money to/from someone in anticipation of receiving something of greater value at an unreasonably low price. If you do not feel comfortable with an offer or service, do not go for it.