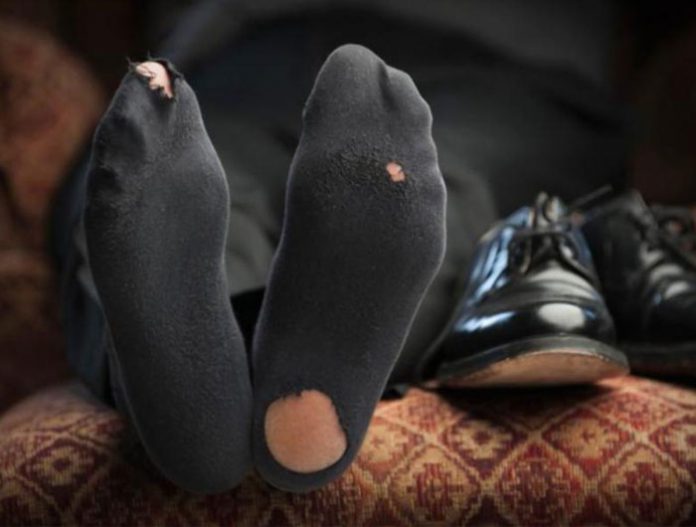 These days anything can happen anywhere. You can get handcuffed for all sorts of reasons. Be it a post on the social media or taking going out with your partner on valentine, you never know when you might be on the wrong side of the law. But what if you are wearing smelly socks, will you be arrested for that too? Yes. Shocked? Read on.

It All Started with the Socks

Well, Prakash Kumar’s  a 27-year-old man, was travelling from Delhi-Dharamshala in an air-conditioned Volvo bus. He had taken off his shoes and socks as the bus neared Kangra in Himachal Pradesh. Within a few seconds, the bus was was filled with the stench emanating from his socks.

Several passengers on the bus began to feel sick. It’s lucky nobody vomited. Otherwise, it would have been total chaos. They traced the smell to Kumar (by smelling?) and asked him to either pack the socks and throw it away. Kumar refused to do so and this lead to a heated argument.

Twice the bus had to be halted for pacifying the passengers. The driver and conductor tried to calm down the passenger, but in vain. The passengers compelled the driver to take the bus to a police station. The bus stopped at one in Bharwain, Una. There they lodged a complaint against Kumar.

The smelly socks got him arrested, but for a  brief time.

The Culprit Was Finally Arrested

Prakash Kumar was arrested for creating a nuisance for the public. He was subsequently released by the Una sub-divisional magistrate, on assuring that he would not repeat the mistake in future. (Thank God!)

Una superintendent of police Sanjeev Gandhi said Kumar had also created a racket at the police station. He was arrested on the basis of the complaint filed by his co-passengers in the Delhi-Dharamshala bus.

Kumar had also registered a counter-complaint against the other passengers in the bus. He had stated(without any proof, of course) that his socks were not stench and that his co-passengers had quarreled with him for no reason whatsoever.

But one is left to wonder, what happened to the socks. IMO, the smelly pair of socks should also have been arrested with Kumar, but even the police officials would not have withstood the smell. With grace of God, nobody was harmed or killed in the incident.

Also Read: Insanely Weird Yet Creative Water Tanks In And Around Chandigarh. What Say?