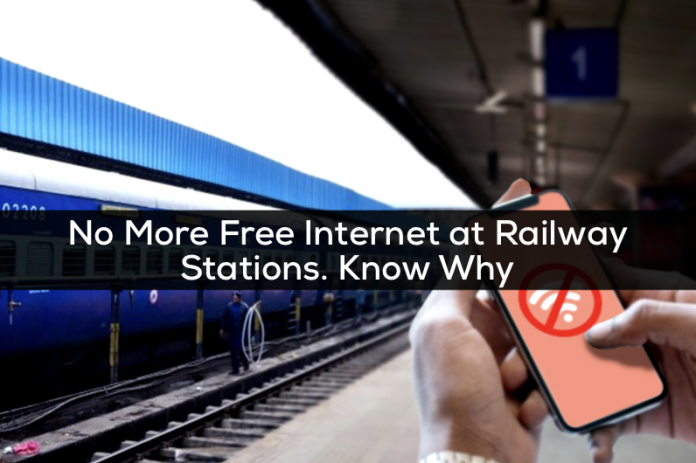 Google has announced that they will be shutting down the ‘Station’ program all over India. Under this project, the search giant provided free public WiFi at 400 railway stations in India. News of the shutdown started to filter out last week, but Google officially confirmed the news on Monday.

RailTel, a PSU under the Ministry of Railways, had partnered with Google for five years to provide free WiFi. Google was responsible for the technology support while RailTel provided the physical infrastructure. The good news is that most Stations will continue to offer free WiFi. RailTel will continue to provide free internet access at all 400 stations. The service is currently available here. RailTel delivers WiFi to more than 5,600 stations. Over the years, it has developed the capability to offer its software stack.

Google had taken up the contract to expand internet reach in India. The Station project was also available in Brazil, South Africa, Mexico, Thailand, and Vietnam. The company is withdrawing support from all these countries. Google, along with its partners, was working to transition existing sites so they could remain useful resources for the community.

As per reports in the TechCrunch, Google’s Caesar Sengupta said the company is ending the program. It was launched in 2015.

He claimed the following:

Google had tried to monetize the service by showing ads to people as part of the login process.

In 2019, during an interview with Gulzar Azad, who leads connectivity efforts for Google, India, said that the company was thinking of methods to scale Station to new markets. But, it had already reached its goal to serve 400 railway stations.

Besides Google, several other tech companies have tried to narrow the digital divide in developing countries. For example, Facebook’s successor to Internet.org was banned in India over net neutrality concerns. It was launched in India in 2017.

After one year when Google declared its efforts to offer unrestricted WiFi in India, Mukesh Ambani, India’s richest man, launched Reliance Jio. His telecom network made accessible the patrons bulk of 4G data free of cost for a long time, compelling other operators to reduce their fares.

Earlier, the internet which was too costly for a lot of Indians was now in the reach of millions. Thus, in a different interview, Sengupta asked Azad if Google’s Station’s significance had fairly dwindled due to Reliance Jio. To this, he replied that ample public was still signing up for the company’s program. They were displaying a great appetite as users of voluminous data.