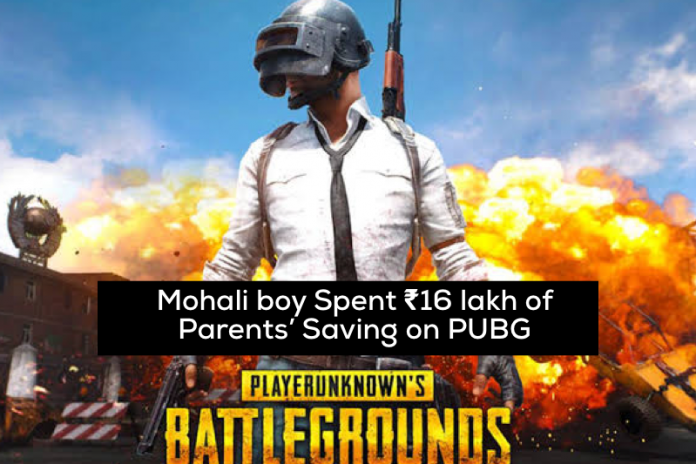 A teenage boy from Kharar (in Mohali) lost nearly Rs 16 lakhs from his parents’ savings for purchasing virtual ammunition, artillery and passes in famous online game PUBG. He allegedly did this to master the game in a month.

17-year-old boy parents say that due to online study he had access to mobile phone, access to bank accounts that he used to upgrade his PUBG profile, for in-app purchases and for other users (his teammates) also. And he used to delete all notifications from the mobile phone.

Only when bank statements came his parents came to know about it.

Father is a government employee and has a medical history. According to him, the boy had exhausted savings kept for medical expenses and mother’s Provident Fund (PF)

“I had saved the money for my medical needs and my son’s future. During the lockdown, I was staying at the place of my posting, while my son was staying with my wife here. He used her mobile phone to make all transactions and would delete the message regarding amount debited from account,” said his father.

He further alleged that his son had all account details as he used to make online payments for his mother’s kitty party.

Cunningly, he kept shuffling amount to another account to avoid any doubts. “After we received details from the bank, I found that on several occasions, he shuffled amount from one bank to another to avoid nil balance. He was using his mother’s phone for quite sometime and she was not much vigilant to notice this.”

After the incident, the father has made his son work at a scooter repair shop to make him learn how hard it is to earn money.