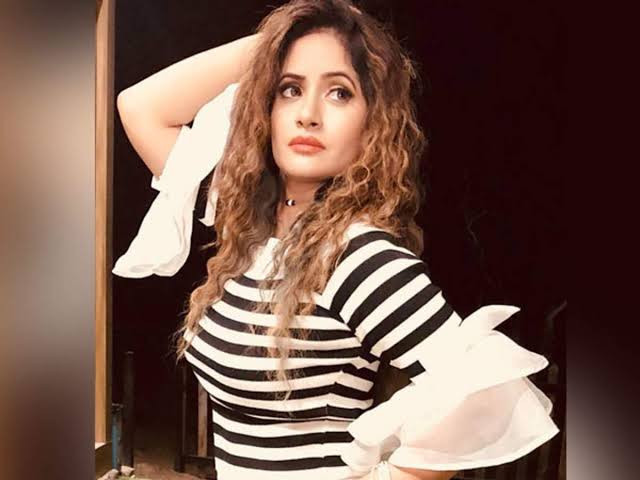 The record queen of Pollywood Miss Pooja has been honoured by ‘International Book of Records’ recently. She was felicitated with the records, “Maximum number of Punjabi songs sung (4500)”, “Maximum music albums published(300), “Maximum music videos performed(850)”.

Pooja ruled the Punjab music industry since the beginning of her career in 2006 and hence there was no looking back forher. After ‘Jaan Ton Piyari’, she gave back to back hits like ‘Petrol’, ‘Jhona series’, ‘Date on Ford’, ‘Pani’. Her song ‘Sohnea’ featuring Milind Gaba, not only ruled the music charts in punjab but won the hearts worldwide also, which leads to her entry in Bollywood with super hit songs like ‘Second Hand Jawaani’ in Cocktail, ‘Malamaal’ in Houseful 3 to name a few. After proving her singing prowess, she proved her acting mettle in movies like ‘Punjaban’, and ‘Ishq Garaari’. On this achievement, Pooja said, “I could have never imagined that one that I will be able to achieve such a milestone. I was just working tirelessly song after song. And how this turns out to be 4500 is still surreal for me. Setting a record was never my aim, however, I feel so blessed that this happens and with this, I am able to serve my mother tongue and able to make it reach on global charts. I am extremely grateful to the people who trusted me and my fans who put faith in me because without there supporting it could have never been possible.”