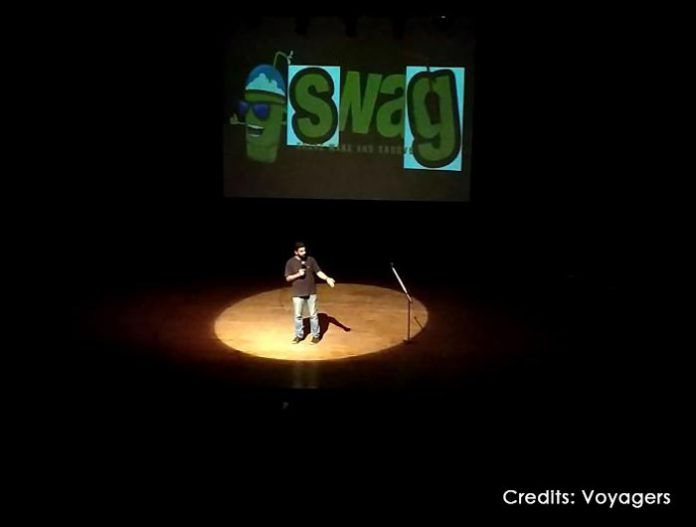 April 6, 2018, the date when Chandigarh had its dose of laughter with exhilarating
performances from Shashi, Rahul Dua and Aakash Mehta. The audience was left
overjoyed after taking the laughter dose at the Tagore Theatre and reviewed it as a
complete paisa vasool session.

The show began with Shashi coming up on the stage and setting mood of the
audience with jokes even on the inception of her own name from a detergent AD. She
went on to crack humorous jokes talking about her perception of the so called
instagram teenage models.

Rahul Dua was the second person to continue the form set by Shashi and he took the
humor atmosphere to a whole new level with the stories and experiences from his
own life and family. He talked about his life journey as to how he shifted to
Gurugram and how he proved to be a grammar Nazi for his own family. He even
cracked some adult and double meaning jokes which left the audience with tears in
their eyes and unsettled in their seats.

Last to arrive on stage was Aakash Mehta who, it appeared, came to make the
Laughter Dose a grand success. He gave quite logical reasons as to why he trusts his
CA dad more than his mom. He carried on with his witty sense of humor as to why
people visit Kasol. He went on to give his advice to the Chandigarh audience to make
important decisions of life while one is high as that might lead to more fruitful
results.

The event concluded with the audience feeling refreshed and rejuvenated. We hope
to see you again next year with a bigger and better event.

Brace Yourself for the Super Awesome IIT Ropar’s Zeitgeist