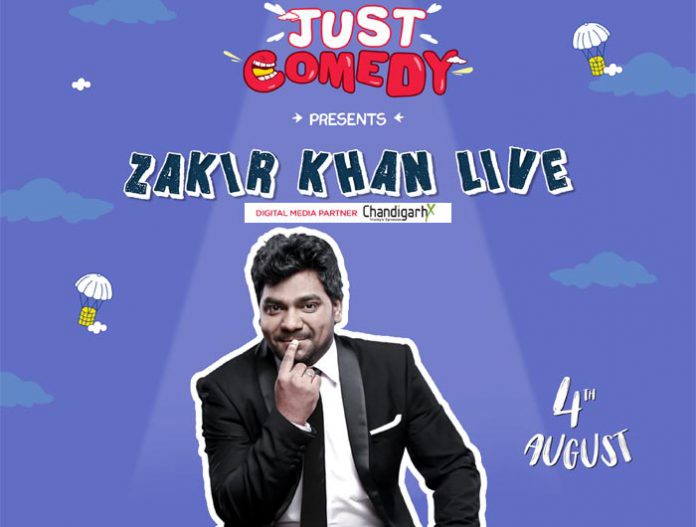 It’s yet another time to have belly curls. From kiddish chuckling to giggling to insane guffaws, brace up folks, ‘Sakht Launda’, Zakir Khan, is landing soon in the region to give you an evening of unadulterated fun.
Just Comedy is bringing Zakir Khan’s first ever stadium show in North India in Ludhiana.

Did I just hear you saying this? Peeps, you are dead meat. You DESPERATELY need to update your humour quotient. Zakir Khan is the coming-of-age love guru who has enviable feathers in his cap:

Head to Ludhiana on August 4 and see for yourself what this Sakht Launda has to share from his experience touched with his rib-tickling honest wit and humour.

Available on Insider.in and Paytm

ABOUT THE ORGANISERS: JUST COMEDY

Just Comedy is our very own home grown comedy festival which is creating waves in standup comedy industry. The best thing about Just Comedy is that their podium is open to new talent. All you need is the wit to roll your audience on the floor laughing, and rest is their job. In just an year, Just Comedy has carved a niché for itself for being the best standup comedy show in the country. From tricity, it has been on its hopping laugh ride tour to all major cities in the northern region.