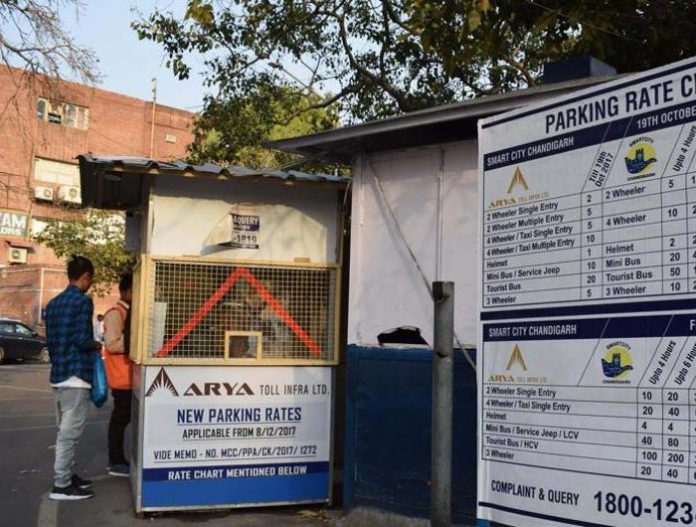 Parking rates in Chandigarh have been talk of the town for a long time. Just a day after when the city residents were cheering the decision of reducing parking rates to half, a U-turn has been made, and this time it’s Punjab and Haryana High Court’s intervention.

The MC Chandigarh on Wednesday slashed the parking rates to half and restored the original rates of ₹10 and ₹20 for two- and four- wheelers, respectively. It had even cancelled the contract with the Arya Toll Infra Limited. However, the Punjab and Haryana High Court has restored the higher rates and stayed the termination of the contract.

This means that Arya Toll Infra Limited gets the charge of the parking lots and its original rates will continue.

Why the contract was terminated?

Municipal commissioner KK Yadav said that the contract was terminated as the firm failed to pay the quarterly licence fee to the tune of ₹3.69 crore despite repeated reminders and notices.

What the HC has ordered in regard to fee?

The MC chief said, “The HC has stayed the termination subject to clearance of one-third of the payment by the contractor immediately, and the remaining within two weeks by submitting post-dated cheques of equal amount on July 16, 21 and 26.”

He also added, “We have already received one-third payment, which is around ₹1.35 crore. Theremaining is expected within the stipulated time.”

MC’s contract cancellation move will be restored if the firm defaults on the payment.

Yadav said the HC has clarified that the MC’s contract cancellation move will be restored if the firm defaults on the payment. “The court has also directed the firm to restore all smart parking services within 24 hours of taking the possession of parking lots. We will keep on eye on the compliance of orders and report the matter back to the HC on the next date of hearing,” he said.

The court will now hear the matter on August 7.

300 EMPLOYEES BACK TO WORK

The order has come as a relief to 300 attendants and other worker, who had been engaged by the firm and were rendered jobless after the MC move. They will now join back work.