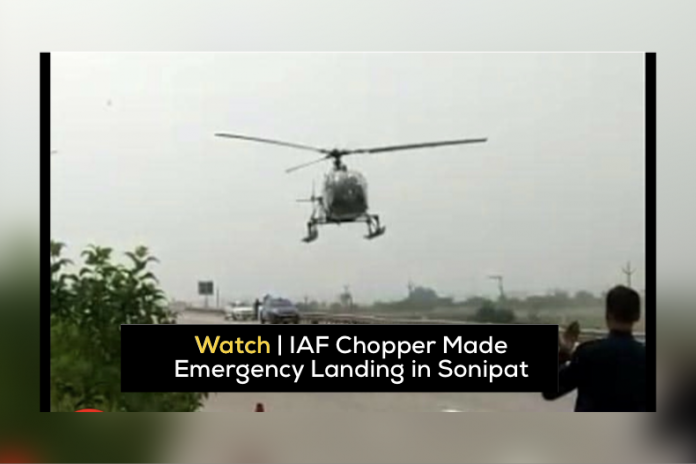 Indian Air Force’s Cheetah helicopter today made an emergency landing on the Kundli Manesar Palwal expressway in Sonipat. The technical glitch in the chopper, carrying four personnel, was the reason behind it.

It landed right in the middle of the road, guided by a man standing on roadside.

IAF personnnel immediately came in to made the requisite repairs and chopper took off.

Many recent expressways in the country have been built to be capable of such landing of small aircrafts in case of emergency and tactical reasons during war time.
Yamuna Expressway has been in news due to such emergency landings by fighter jets in recent past.