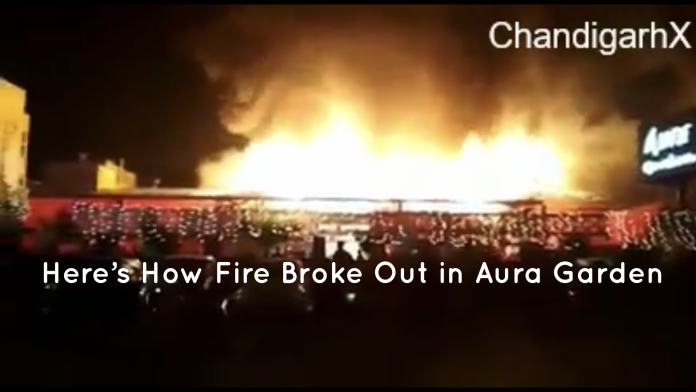 In a marriage palace on NH 22 near Dhakoli, Aura Garden, fire broke out all of a sudden and within minutes turned into huge flames.

The preparations for a wedding function were going on in the marriage palace and there were around 100 people there. At around 6.30 pm, what is suspected is that short circuit in the ceiling of the tent in lawns of Aura Garden led to sparks and within minutes, the cotton tent caught spread and spread instantaneously. The beautifully decked up set was reduced to ashes.

The fire caused a panic amongst the people present and rushed towards exit door and came on road. Some of the people tried to douse the flames by pouring water on it. Fire department was called and fire tenders and suficient availability of water at the venue tamed in the fire.

No loss of life has been reported.