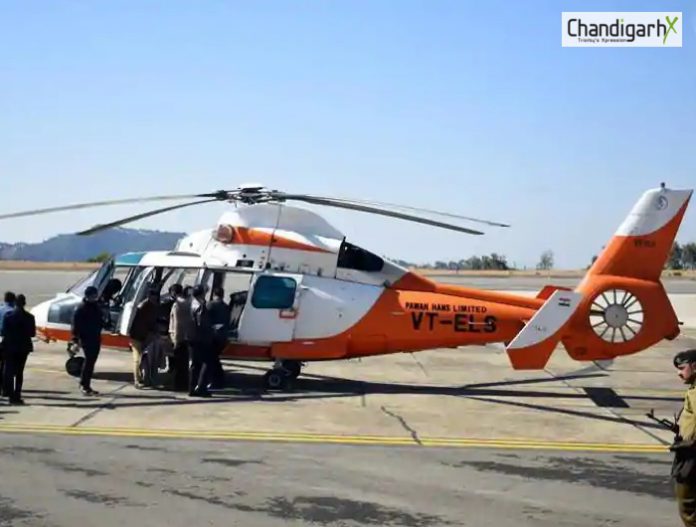 Shimla is famous for its picturesque views of snow-capped Himalayan peaks. The Himachal Pradesh’s capital experienced more snow spells earlier this week. Shimla saw a low of minus 2 degree Celsius. Travelers from Chandigarh contemplating how to reach need not worry now, as it has become easily accessible by air for Tricity too.

The one-way fare between Shimla and Chandigarh is for Rs 2,900. The flight would take off from Chandigarh at 10 am, and would reach Shimla at 10:30 am. Shimla Airport, also known as Jubbarhatti Airport is about 20 km from the city . It is the closest domestic airport serving this beautiful hill station. The flight would then fly back to Chandigarh by 10:55 am, and reach Chandigarh airport at 11:25 am.

Discontinued last year due to poor response, the heli taxi service between Chandigarh and Shimla was relaunched at the Jubbarhatti airport in Shimla on Thursday. Airport officials said the flight was discontinued earlier due to poor response, but they were expecting a better turnout in summer as tourists make a beeline for Shimla. Himachal Pradesh chief minister Jai Ram Thakur flagged off the chopper under the central government’s UDAAN II regional connectivity scheme. The chopper, that can transport 20 passengers, took off from Shimla at 10:55 am and reached Chandigarh at 11:25 am.

“To start with, the 30-minute flight will be offered thrice a week on Monday, Wednesday and Friday. After two weeks, the chopper will ply six days a week,” said Chandigarh International Airport spokesperson Deepesh Joshi.

The tickets can be booked online on https://booking.pawanhans.co.in and also be bought at the ticket window of the airports.