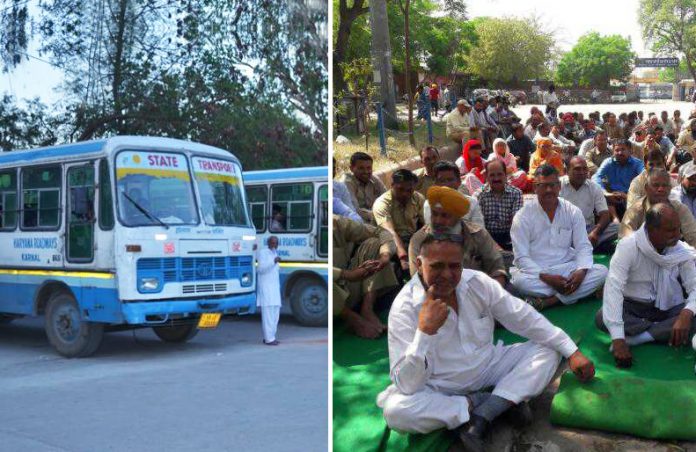 Already Panchkula commuters were reeling under the slew of problems with cab drivers not taking rides into Panchkula. Now, their problems got aggravated with Haryana Roadways buses employees calling an indefinite strike.

What the Haryana Roadways’ employees’ union has to say?

Haryana Roadways Sanyukt Karamchari Sangh president Dalbir Singh Kirmara said, “Since the government is not listening to our genuine demand and is adamant on issuing route permits to private operators, we have decided to go on an indefinite strike.”

What is the Haryana government stand?

The Haryana state transport minister Krishan Lal Panwar said that the employees’ unions were objecting to the transport policy issued on February 17. The matter was sub-judice before the Punjab and Haryana high court and the next hearing was slated for April 20.

He added that 853 private buses were being operated on 273 routes and all operators had got their permits made afresh. Priority was being given to 80 per cent of those operators who were already operating buses. As many as 1,669 other applications were received but no new route was assigned to anyone.

He also maintained that as of now there were about 4,200 buses in the state transport fleet and 600 new buses were being included, of which 300 had been purchased.

Owing to the ongoing strike, commuters were left stranded all across the state as around 3,800 Haryana Roadways buses, including Volvo buses, remain off road.