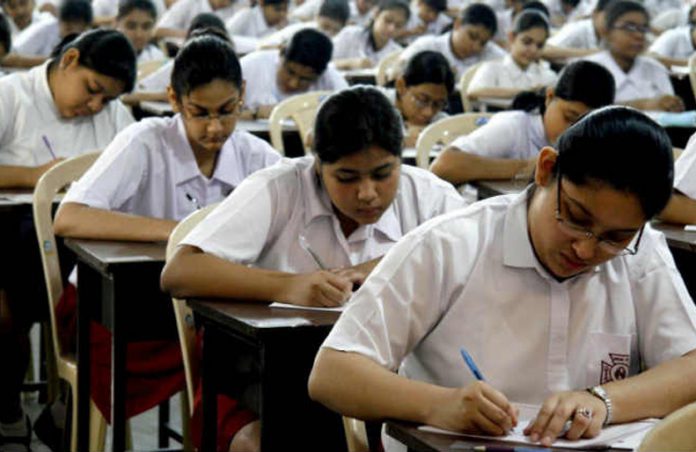 The Delhi high court on May 23, 2017 directed Central Board of Secondary Education (CBSE) to not to discontinue its moderation policy for the time being.

Last month, students appearing for Class 10 and 12 exam were shocked by CBSE decision to no longer give grace marks for difficult questions. With cut-offs reigning insanely high in premier colleges and institutes across the country, the students and their parents dreaded terrible fall in aggregates.

The academic prospects of 11 lakh Class 12 students and nine lakh Class 10 students hinged on this development.

The concerned students and parents filed a petition before Delhi High Court, and the Senior advocate Balbir Singh, appearing for the petitioners argued that the move could result in a marks reduction of at least 15% — thereby robbing many students of the opportunity to meet the Delhi University’s cut-off.

Besides this, Singh claimed the change in moderation policy could have a “drastic effect” on the fate of students who have already secured admission in foreign universities, and taken loans in this regard. He also pointed at how students from certain states (state boards) would fare better than those from others because they have decided to implement the policy change only from next year.

The bench of acting chief justice Gita Mittal and justice Pratibha M Singh directed the CBSE to continue with the moderation policy that was in place when the examination forms were submitted last year. “A person taking the examination needs to be put on notice (about the decision to scrap the policy). Do it next year,” the bench said, adding that the board “cannot change the rules after the game has begun”.

The court said the sudden implementation of such a decision would put students through considerable trauma. “Children have a right to know what you are doing. Probably they are under more stress. Don’t instill insecurity,” it told the CBSE counsel.

– You will be redirected to another page

– Enter your Roll No

The Class 12th Board results 2017 will also be available at other websites, including www.results.nic.in, www.cbseresults.nic.in.

ChandigarhX wishes all the students waiting for their CBSE Class 12 exam results 2017, Best of Luck! Remember, you are always a winner! 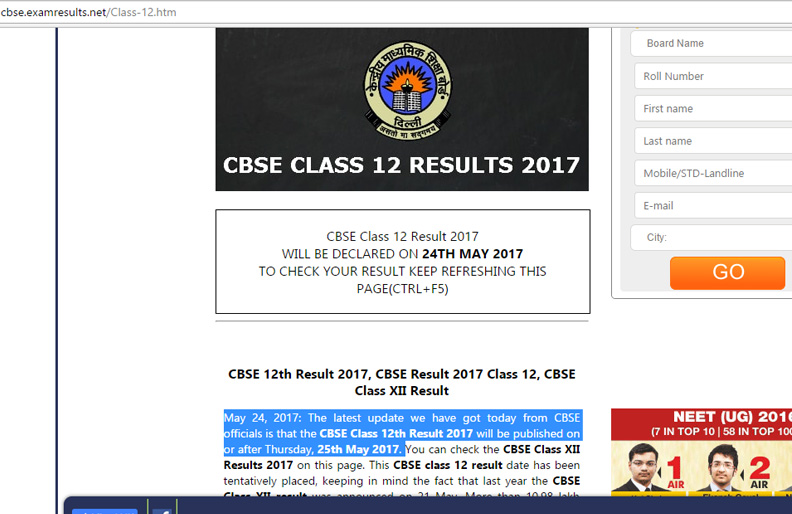