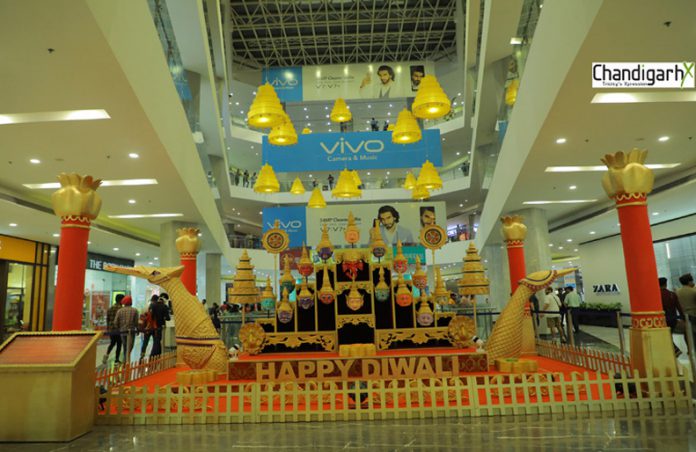 Come any occasion or festival, when it comes to Elante, it’s celebrations always stand apart in the region and becomes the biggest attraction. The brilliance in décor, exciting offers, themed music and dance performances and what not… everything not just add to any shoppers’s shopping delights, but also pulls those who are looking for a lively hangout zone.

This Diwali, Elanté has done imaginable.

Going a step ahead of adorning the mall in Diwali colours, Elante has chosen to exhibit the cultural ties our festival Diwali, Lord Ram and Ramayana have with countries beyond India and Sri Lanka.

Drawing inspiration from various adaptations of the Ramayana across South East Asia, the Diwali décor at Elante is dedicated to the legends of Lord Ram, as expressed in various art forms ranging from shadow puppetry (Indonesia) and masked dance (Thailand, Cambodia) to replicas of exquisite carvings and paintings adorning temple walls in Southeast Asian countries as well as India.

Right from the entrance of the mall to wherever you go inside, the various installations at Elante are a celebration of the diverse versions of Ramayana and the associated art forms.

The royal gates with intricate carvings richly portrays the cultural influence of Ramayana on Indian and South-East Asian countries. Spot the masked dance forms of Thailand and shadow puppetry of Indonesia on the carvings. You will also notice South Indian temples’ architectural references on them too.

The Bell of Fortune 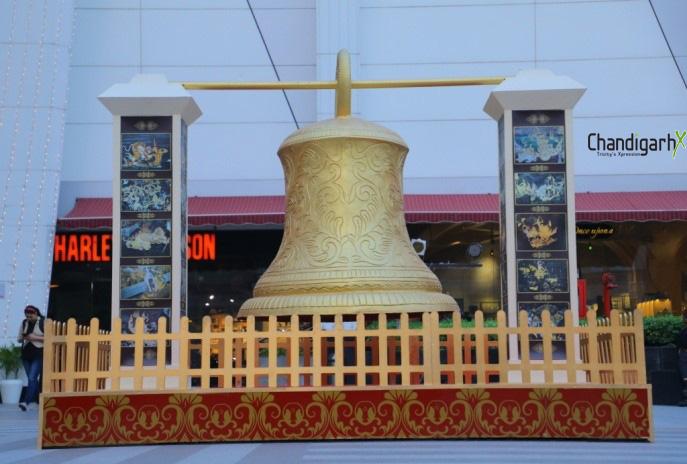 We know the significance of bells in a religious place.

Not just in Indian temples, bells hold equal significance in Southeast Asia too. The Bell of Fortune in The Courtyard at Elante is inspired by Wat Rakhang Kositaram temple (Temple of Bells) in Thailand.

The gigantic bell is supported by pillars depicting the story of Lord Ram, as narrated in Thai culture, through images of paintings associated with Ramakien, the Thai version of Ramayana, as displayed in Wat Phra Kaew temple in Bangkok. 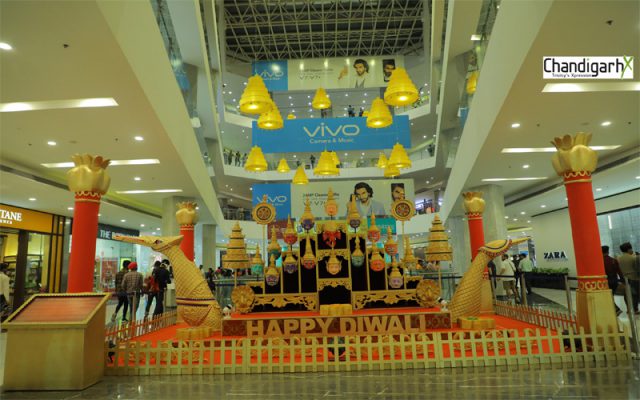 Set up in the main atrium of Elante, the centre stage depicts the various Khon masks and representations of Lord Ram across Southeast Asian cultures. These masks signify the main mythological characters in this genre of masked dance drama. In the Khon stories, most beloved are monkey king Hanuman and Pra Ram, the Thai name for Lord Ram.

Khon is traditionally performed in the royal court by men in masks, accompanied by narrators and a traditional piphat ensemble, which features wind and percussion instruments used in Thai classical music. 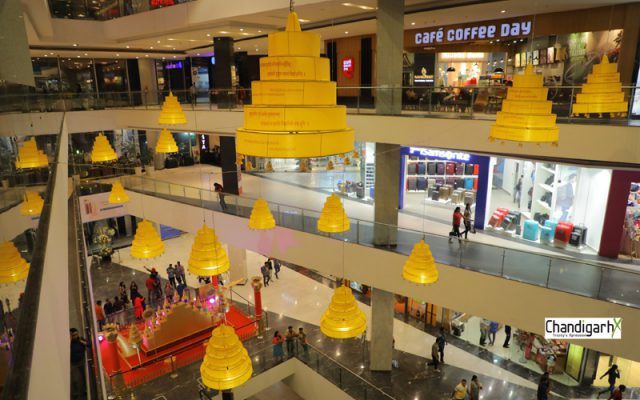 Crafted out of handmade paper, these crown-shaped hangings inside the mall, reminiscent of the headwear used by kings in ancient times, have shlokas from Valmiki Ramayana and Ramakien, the Thai version of the ancient epic, written on them. 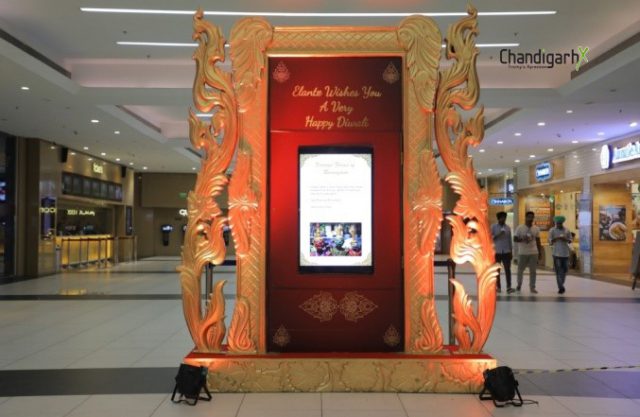 The screen installation on the third floor gives an audio-visual depiction of how the story of Lord Ram is enacted and how Diwali is celebrated in Indian and Southeast Asian traditions.

It is a traditional depiction of the Ramayana through slides and entertaining videos of the Khon masked dance of Thailand and Cambodia. 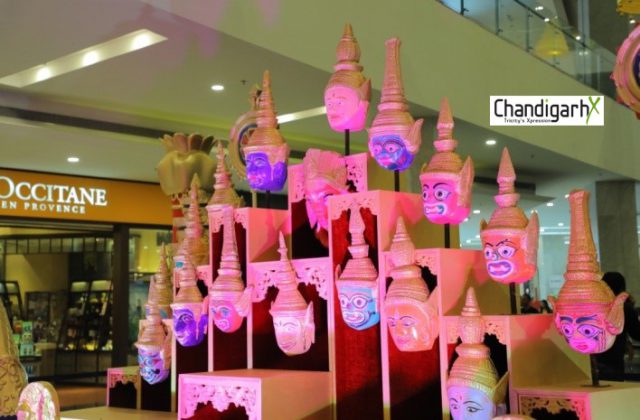 For instance, Ramayana has found expression in the Lakhon Khmer dance theatre tradition of Cambodia, the Mappila songs of Muslims of Kerala and Lakshadweep,  the Indian operatic tradition of Yakshagana, the epic paintings associated with Ramakien, the Thai version.

Live and celebrate Diwali not just amongst ourselves. It is not just a religious festival but a cultural festival that ties countries across the region. Experience the overwhelming grandeur and magnificence of Diwali at Elante.