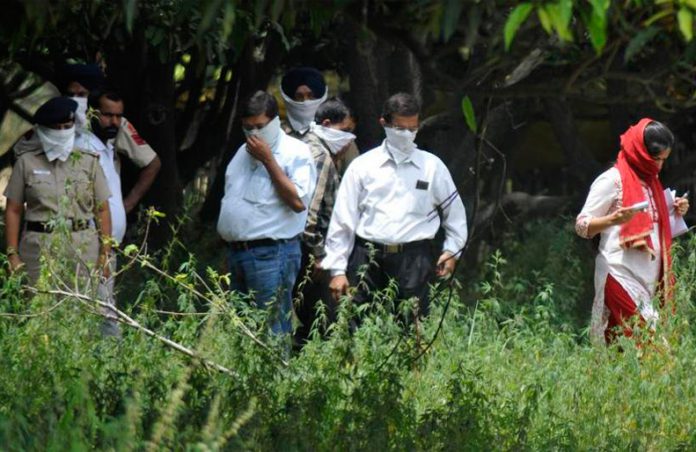 Less than a km away from Punjab Chief Minister’s residence in Sector 2, Chandigarh, a highly decomposed body of an unidentified man was found. The body was found near Rajinder Park on kutcha road leading to Nayagaon.

The body, seemingly of a man aged 30-35 years, is found wearing an orange shirt with khaki-coloured trousers and flip-flops. An empty liquor bottle and a water bottle were also found near the body. No identification mark was found on the maggot-infested body. A passerby had informed the police after spotting the body due to foul smell that had filled up the area.

Police said the body is around two-days old, but owing to high temperature, decomposition has been fast.

“We have flashed a message to different areas including SAS Nagar, Panchkula, Punjab and Haryana. We have even inquired about the person from nearby areas such as Nayagaon, but till now his identity has not been established,” said Poonam Dilawari, SHO, Sector-3 police station, Chandigarh.

Strangely enough, the road is one of the high security zone in UT Chandigarh and the body remained unnoticed for two days.