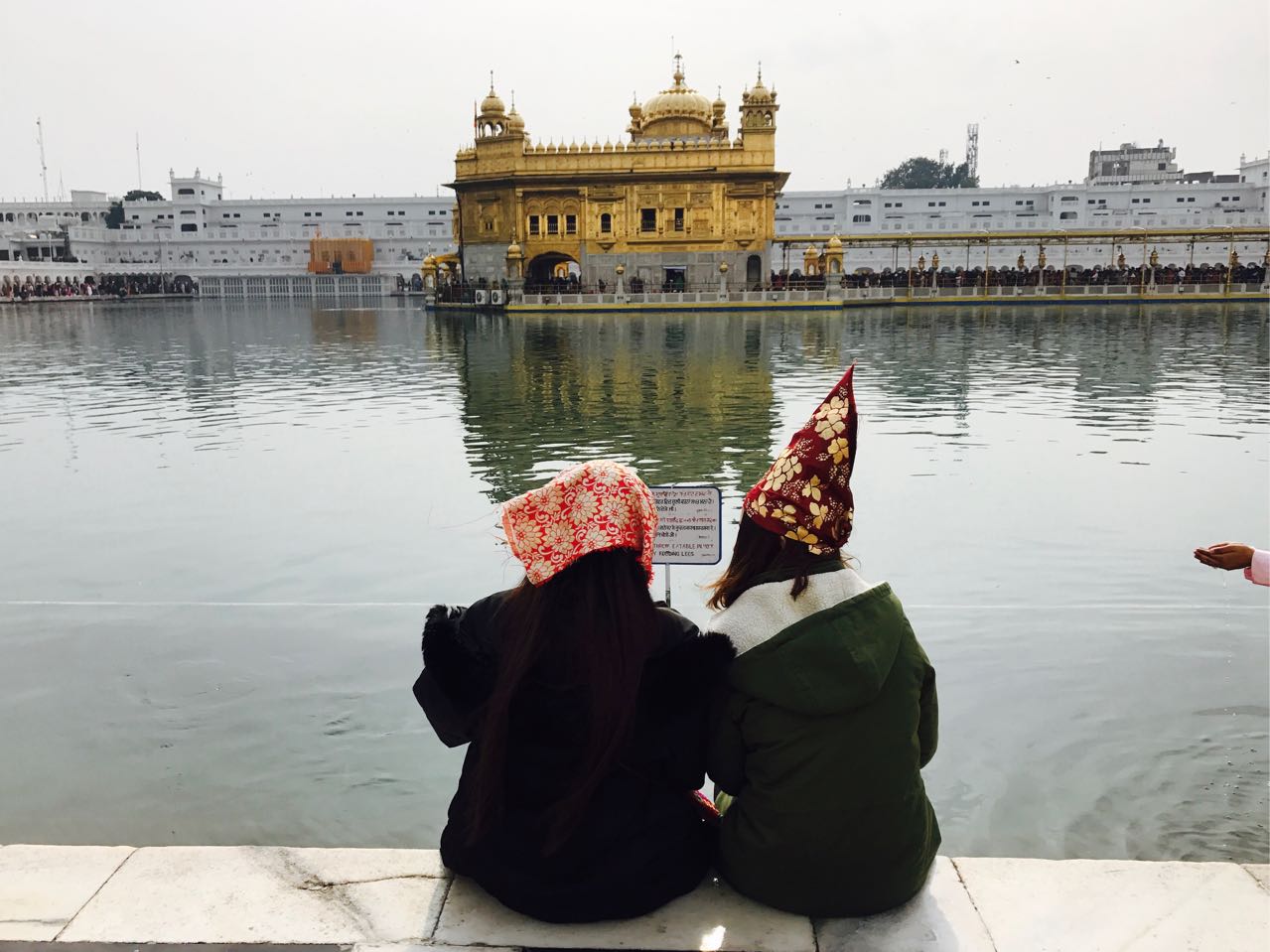 There are two impulses that define what kind of person you are. One is to love without conditions and little worrying about consequences, and the other is to travel without delay.

We, four Chinese girls, had intended to travel to Agra last weekend. Unfortunately or fortunately, it had been raining so heavily there (though Chandigarh was relatively calmer with lovely drizzling), we decided to head Amritsar.

YES! This is the travel which is for a travel without delay!

So, HAVING FUN IS ENOUGH

We live in sector 42, close to the sector 43 bus stand, so we chose it to be our starting point. Boarded a AC bus, we set off!

Suddenly, my friend, Angel woke me up ‘Emily, see cow!’

I was too sleepy to say ‘cow’!

‘Have you not seen cow before? Why so surprised?’ zZZZ…

I reluctantly opened my eyes. Then, my face!

This was not A cow! These were at least A THOUSAND cows!! I’d never seen so many cows and that too in the middle of a road!!

We waited for at least 20 minutes before the bus began to move. Finally, we arrived Amritsar.

When we stepped out of the bus stand, to be honest, I was a little scared. Crowded roads, autos shrieking loud peepeeepeee sound, no red lights at the junction and the insane flood of the people!

Everything is totally different from Chandigarh. Chandigarh is peaceful and modernized city. There is discipline in the people and laudable civic sense.

A man came upto us. He did not understand English and I don’t know Punjabi.

O! I should have thought it over when I planned this ‘impulsive’ expedition.

Like cave men/women, we communicated through our gestures and surprisingly guessed each other right—TAKE US TO HOTEL. Yes! We Need! The man was so excited, though I could barely understand why, but I found it amusing. He drove off his autorickshaw, shouting at people who came in his way. Now, I was terrified. Safely, we reached a hotel and straight away went to the restaurant that the man had recommended.

Unexpectedly, the food was delicious! It was the best naan I’d eaten in India so far, fragrant and crisp! I did not want to stop! I can still feel the taste. The Brothers’ Dhaba’s , I give him ★ ★ ★ ★ ★! 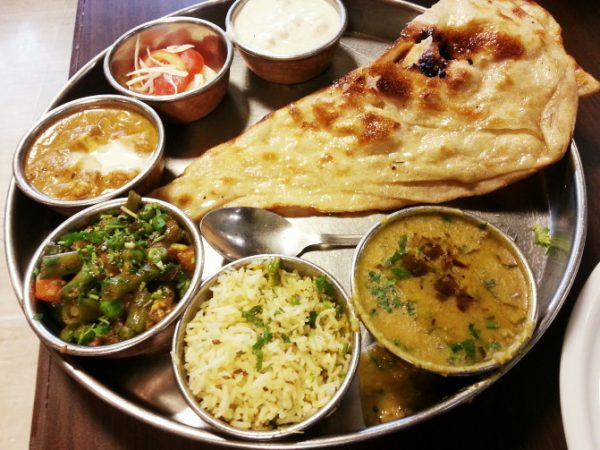 Morning it was and it’s Chinese New Year!♥

We got up early to go to the Golden Temple to see the sunrise. We were told to take off our shoes and wear scarves on our heads. The Golden Temple in the subtle morning sun was incredibly brilliant.

The moment we stepped in we could feel some magical peace transcended in us.

We were told about langar and amazing Sikh traditions and we became part of it. 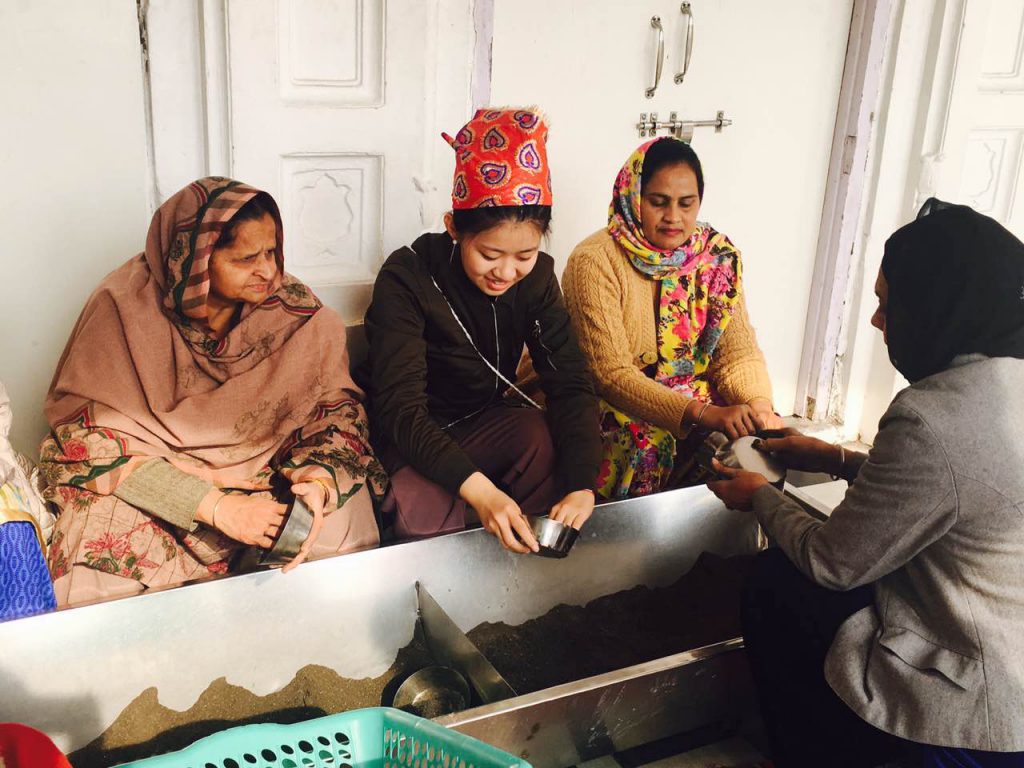 The next morning again the familiar sounds, whistles, pepeppepee, but the strange thing was nothing seemed noisy. I felt a kind of inner peace.

My first day in India was my visit to Red Fort and a beautiful temple nearby (Gurudwara Sis Ganj Sahib). Out of mere curiosity to explore this beautiful building, I went in and there a man showed me a picture of a big golden building in a pond. He said some thing about the place, but I could understand nothing. Not to seem like a fool, I nodded off.

When I was enroute Chandigarh, it suddenly occurred to me. The picture was the Golden Temple!

I’d never been to India before; never read or heard about anything in India beyond Bollywood, Delhi and Taj Mahal, but that weekend I went to the Golden Temple!

It’s like my visit to the Golden Temple was predefined! It’s like I was destined to experience this surreal harmony and tranquility in myself.

Back in Chandigarh, this was how we stepped out of the bus!♥

Also Read: Chinese Girl with a Masala Tea in Chandigarh

A Chinese Girl with a Masala Tea in Chandigarh