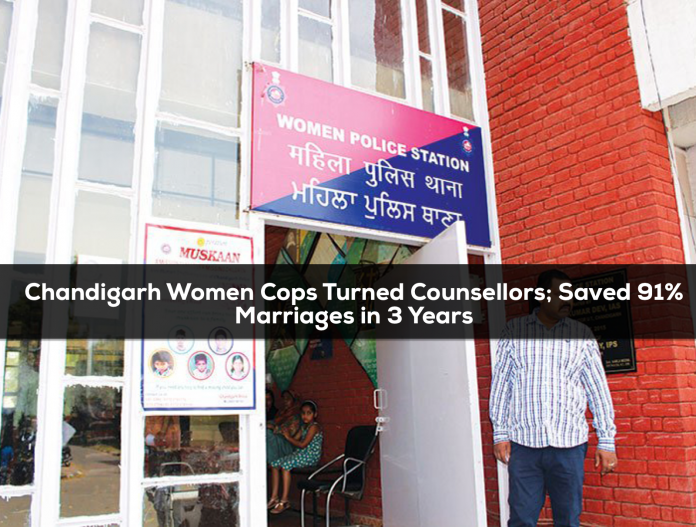 Chandigarh’s women police team has claimed to have saved ninety-one percent of marriages in the last three years.

The cell received around 7,369 complaints, out of which, 6,707 cases, were disposed of through counselling. The main work of the female officials at the station was only to solve marital disputes arising due to domestic violence and dowry harassment. The reason this team had been formed was to counsel them.

But it is not always a happy ending. The data from January 1, 2017, to March 5, 2020, about the unsolved complaints, only 421 FIRs were registered. Among this, 344 husbands and in-laws were arrested by the women police on account of stringent action or legal remedy.

Conclusions drawn from the available data are as follows:

DSP Charanjit Singh Virk, Women and Child Support Unit (WCSU), Chandigarh police said that their main concern was to resolve the fights that take a turn for worse between couples. The solution, they found, was counselling with complete transparency. Since divorce is a long and tedious process, it was better if the matter was solved through counselling in police stations.

The one-of-its-kind women police station in Chandigarh has one DSP and SHO and about fifty other policewomen.