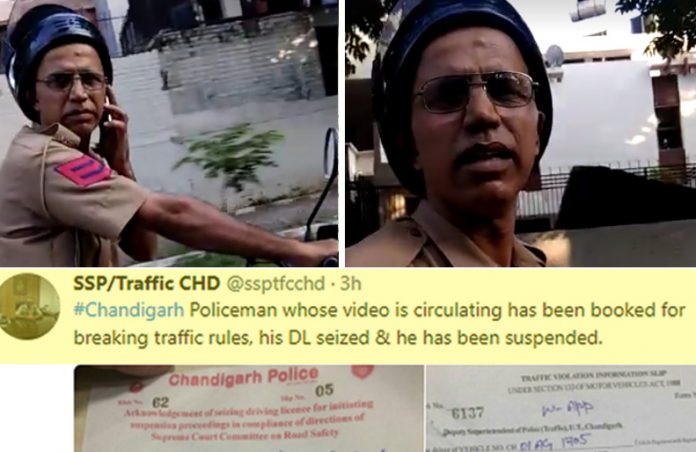 The video circulating on social media of Chandigarh police Head constable Surinder Kumar using mobile while riding his bike and slapping the passerby who objected has received angry reactions from Chandigarhians demanding strict action against the officer.

The incident happened near Sector 36-37 traffic lights at around 4.30 pm. A passerby caught on camera a Chandigarh Police Head Constable Surinder Kumar using the mobile phone while he was riding his bike in Chandigarh. When the passerby confronted him, the head constable even slapped him.

Chandigarh traffic police today challaned him for not wearing a helmet while driving and also talking on the mobile phone while driving. The erring cop has also been placed under suspension.

“The driving license has been seized and we have written to the transport authority that his license be suspended for 3 months. He has been placed under suspension,” Chandigarh traffic SSP Shashank Anand said.

#Chandigarh Policeman whose video is circulating has been booked for breaking traffic rules, his DL seized & he has been suspended. pic.twitter.com/2e1ktJCBj0

In his tweet, Tewari, said, “DGP Chandigarh Tejinder LUTHRA ji if video in this tweet is true plz suspend this police official for assaulting a Citizen (sic).”

–@IG_CHANDIGARH -DGP Chandigarh Tejinder LUTHRA ji if video in this tweet is true plz suspend this police official for assaulting a Citizen pic.twitter.com/39F5T0n3vY 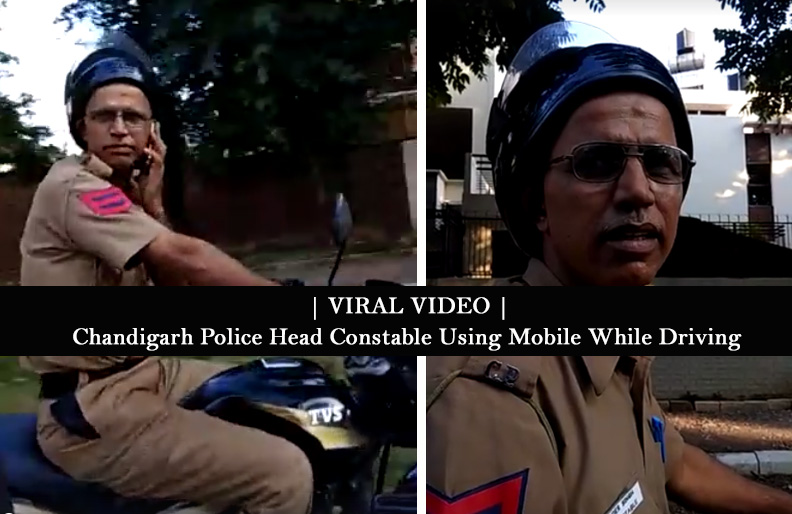