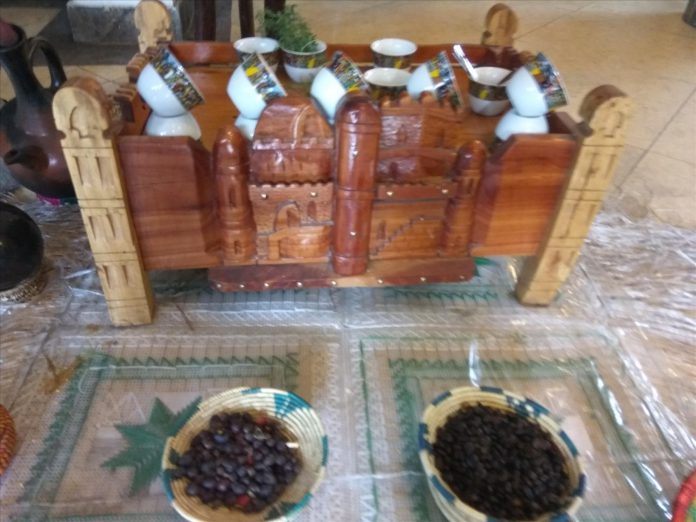 Coffee is without a doubt the heartbeat of Ethiopia’s agricultural economy and its culture, just as tea is to China.

There are many ceremonial ways to prepare, serve, and drink coffee here. One of which being, Buna Maflat. It is a ritualized form of making and drinking coffee in Ethiopia

The ceremony is typically performed by women. The coffee is brewed by first washing green coffee beans, then roasting over an open flame, followed by the grinding of the beans in a wooden mortar and pestle. The ground coffee is then put into a special vessel called jebena.

The boiling pot – jebena, is made of clay, has a spherical base, a neck and pouring spout, and a handle where the neck connects with the base. The jebena also has a straw lid. Typically, when the coffee boils up through the jebena’s neck, it is poured in and out of another container to cool it. The liquid is then poured back and boiled. To pour the coffee from the jebena a filter made from horsehair which is placed on the spout.

The host pours the coffee for all participants by moving the tilted boiling pot over a tray with small, handle-less cups from a height of one foot without stop until each cup is full.

The grounds are brewed three times:

For me one cup was always enough as it was bitter but locals can drink three black cups in a sitting.
After few days I was able to take two cups, but for three one has to be a serious coffee drinker.

The coffee ceremony also always includes burning of various traditional Frankincense – an aromatic gum resin obtained from an African tree and burnt as incense. The frankincense smoke adds to the charm of the ceremony.

Now did I tell you that Ethiopia along with neighboring Somalia produces some of the finest frankincense in the world? I did try different types of frankincense there, but that’s a different story.

I have heard that in some parts of Ethiopia in place of sugar they put salt with traditional called “niter kibbeh”, which is kind of ghee with is mixed with a lot of spices. I will try to have it in my next trip to Ethiopia.

This Coffee is always accompanied by popcorn. Why Ethiopians traditionally eat Popcorn with this coffee? I do not know. But frankly, popcorn tastes wonderful with coffee. Please try this and you will love this combo. Much much better than popcorn with coke, the traditional movie goer combination.

This Buna Maflat is available as small outlets all over Ethiopia. Also, all household have this set up. I found a lot of them have nice wooden test for this ceremony which are shaped like the traditional Gondar Fort of Ethiopia

Ethiopians love their coffee and have varied ways of brewing it and mixing it.
Next time you brew your coffee… mix it up to add a twist.. 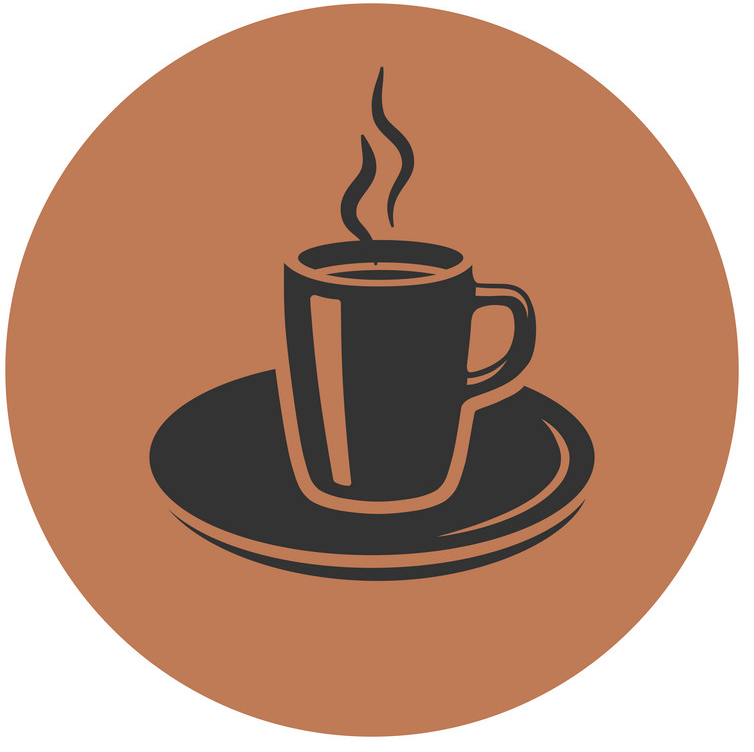 A Railway Journey To Barog Through Tunnel No 33

Rwanda – The land of Milk Bars