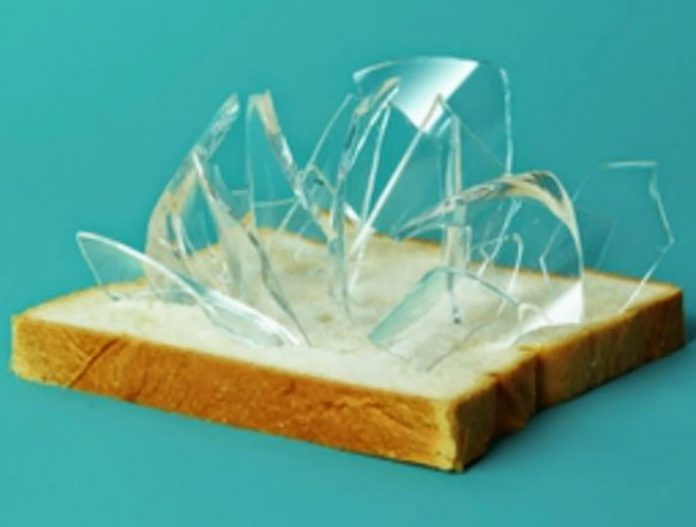 Raj Kumar Singal, a resident of Amravati Enclave, Panchkula, received the greatest shock of his life on April 4. Everything was fine until he decided to eat a slice of bread. He wasn’t aware what was going to happen next.

Thinking that it would make him healthy, he was happily munching on a slice of whole wheat atta bread with a glass of milk. Suddenly he felt something in his mouth – something solid. He tried to swallow it, but couldn’t. He had to vomit out all the contents of his mouth.

Lo and behold, to his greatest of horrors, he discovered a shard of glass in the bread. So he called up the customer care. After all, that’s the normal way of handling such situations.

The customer care responded by saying that the company management would be informed and he would receive a call back in half an hour. Like a promising politician, there call was not returned. But wait, there’s more to it.

When questioned by the media, the company responded,”No medical evidence was placed on record to show of the actual loss suffered. The alleged bread has not been manufactured by us. Our company is engaged in manufacturing of various types of bakery and foods items and maintains a very high standard at its plant.”

Like any self-respecting man, who will give up his life but will uphold truth till the last moment, Singhal did the unexpected. He showed photograph of the main culprit – the piece of glass, half soaked in bread and vomit.

The District Consumer Disputes Redressal Forum came to rescue of our aam aadmi. Convinced that the glass shard was lodged within the bread, it stated, “It is also clear that the complaint has not been filed with any mala-fide intention to harass or blackmail anybody.” The company was promptly ordered refund Rs 30 plus Rs 10,000 as compensation for harassing the consumer. An additional fine of Rs 20,000 for their deficient services. The ruling had been declared by deputy commissioner-cum-president, District Council for Child Welfare, Bal Bhawan, Sector 14, Panchkula.