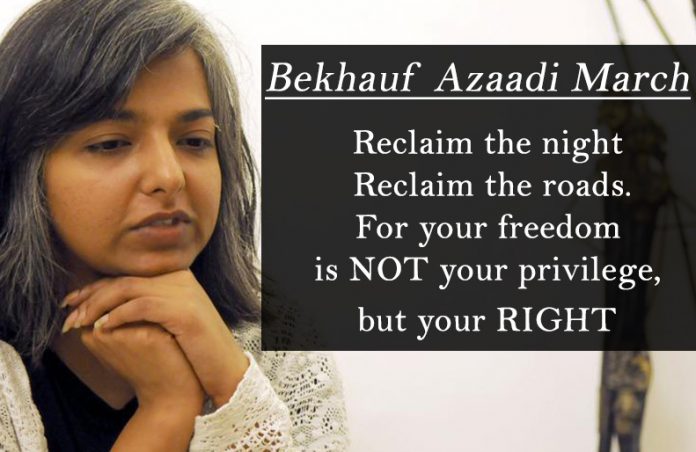 Varnika Kundu’s stalking and attempted abduction incident is not the first that women face. There have been endless cases. As we are following this case, another incident from Gurugram came to light the other day where a MNC employed woman lodged a complaint of stalking.

Varnika chose to come out and instead of keeping her identity as the law has ‘provided for’ choose to narrated the horror and become the voice of every ‘silent’ victim of harassment at the hands of men.

Chandigarh women are organising a protest march ‘Bekhauf Azaadi March’ on Chandigarh roads, covering Rose Garden, Madhya Marg to Government College of Arts, Sector 10. The much-popular CITCO route or the ‘Geri’ route will be covered under it. From a fun zone for youngsters to drive on beautiful Chandigarh roads, the ‘Geri’ route has become a hub of blatant display of power and money with many incidents of eve-teasing.

BE A PART OF THE MARCH

WHAT: ‘Bekhauf Azaadi’ March for women to reclaim the streets at night

The victim-shaming of Varnika Kundu who chose to take an assertive stand in this case has attracted much support from every quarter. Social media is flooded with women posting their selfies at midnight, with the hashtag ‘#AintNoCinderella’ to make a point that their freedom is not defined by place and time.

Voice your opinion in anyway you want. Do you want the things to continue business as usual?

Also Read: #AintNoCinderella – Indian Women Hit Back In Style To All Those Asking Them To Stay Indoors 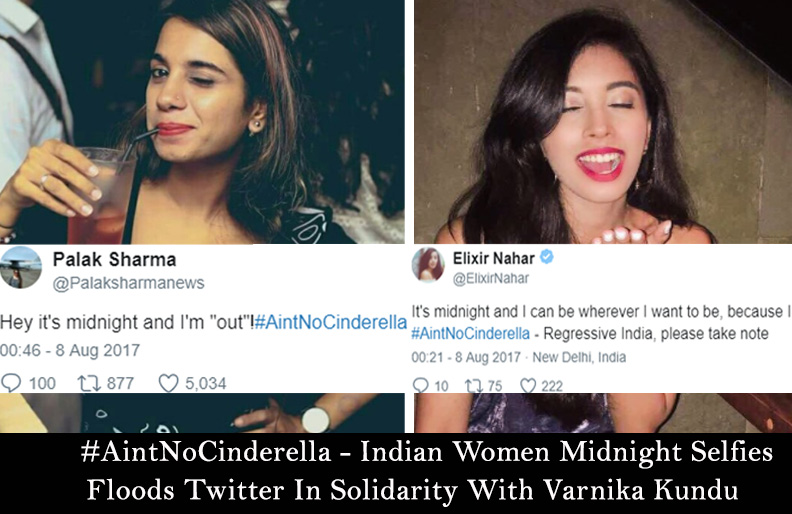