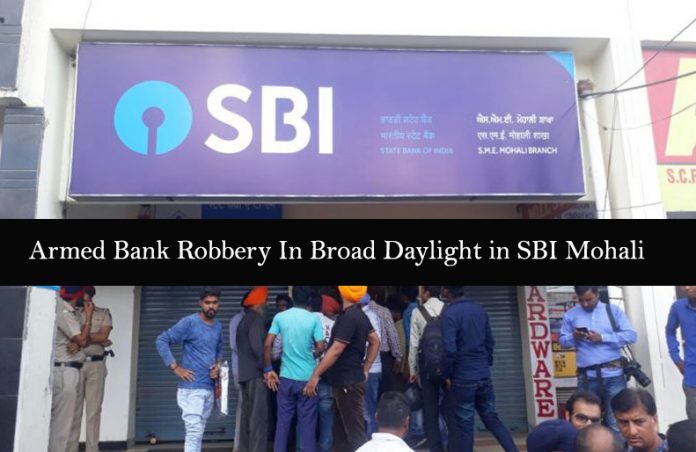 In a shocking incident, a masked and armed man robbed State Bank of India in industrial area Phase 7, Mohali on Monday.

A man armed with a gun entered the unguarded SBI branch in broad daylight and in less than 5 minutes run off with around Rs. 7 lakh.

How did it happen?

At around 2.20pm, the robber entered the bank, where only five staffers were present. He brought out his gun and asked the cashier to put money in the bag. And at 2.25pm he rushed out with Rs. 7 lakh booty.

He got into his Volkswagen Jetta parked a few metres away from the bank. The bank employees ran after him, but the robber managed to escape.

Security Lapses in the Bank

The absolute breach of security rules by the bank only helped in the loot. There was no security guard on duty nor any security alarm installed.

Police claim that the Volkswagen Jetta used in the robbery was also a stolen one.

Police Investigations are still on

The police has registered a case in Phase 1 police station under Section 382 (theft under preparation made for causing death, hurt or restraint) of the IPC.

The police is also going to take strict action against the bank for the security lapses which made the robbery a cakewalk.