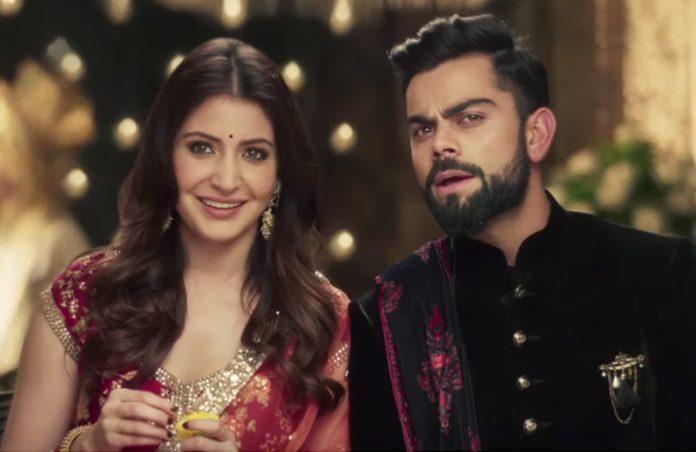 Virat Kohli and Anushka Sharma are all set to tie knot in December.

The news brought immense happiness amongst the Virushka fans but how badly we want it to be true. IT’s NOT.

Wedding bells for the most loved couple are not in the offing any time soon.

How the rumour started?

On Monday morning, news started pouring in that the flamboyant cricket captain had asked the BCCI for time off in December. He had requested to be excused from the Test Matches and One Day Internationals scheduled for the month. He cited personal reasons, and from here speculations began rife that “it is because of the much awaited wedding.”

NDTV reports that when asked the talent agency which manages Anushka’s career about the wedding news, they said, “These are just rumours doing the rounds. No truth to it.”

Even the news of Virat and Anushka coming together with a business plan to set up a restaurant was also refuted by the vivacious actress in an interview with NDTV.
Recently, Virat and Anushka were seen together exchanging ‘vows’ in a Manyavar commercial which left their fans smiling in joy.
See for Yourself.

Finally this ad is out and it l don’t say it make my day???? because it makes my life it is just i don’t even have any Captain for it I just love #virushka thanks @moheybymanyavar @manyavar for this and specially thanks #virushka @virat.kohli and @anushkasharma it is just ????? something which I can’t describe it’s too much for all viratian love u nushkie and cheeko #NayeRishteNayeVaade