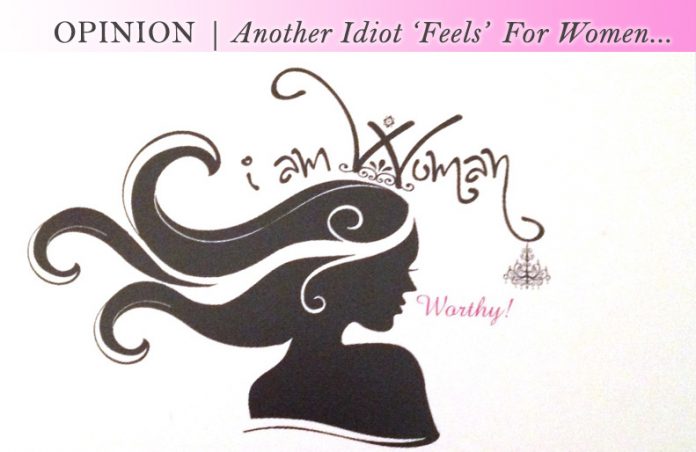 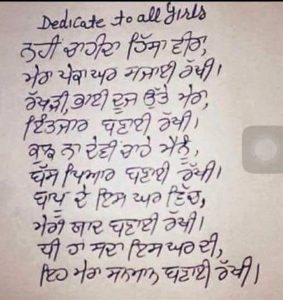 “Brother..I don’t need my share of property..
Only that you should keep my father’s house well decorated on Raksha Bandhan and bhai dooj and wait for me to come.
Even if you don’t give me ANYTHING..love must exist.
In my father’s house you should remember me.
I am the daughter I just need respect.”

Found this joke online! Because it says ‘Dedicate to all girls’…..I am laughing hysterically and I have the right to react! The moral of the poem is:  A sister is pleading to her brother to exploit her as nature has made her exploitable (girl). She confesses that she can survive on air & emotions and her brother, being a human being, must keep all the resources including her share to live a good life. She loves to crave for love and respect once exploited.

With all due respect to the poet/ess, I am surprised that he/she is working in such an idiotic way at “cure” level to glamorise plight of women where people like #KamlaBhasin are living on the edge to eradicate women issues including women’s (no) rights on parental property. On September 9, 2005, the Hindu Succession Act, 1956, which governs the devolution of property among Hindus, was amended. According to Hindu Succession Amendment Act, 2005, every daughter, whether married or unmarried, is considered a member of her father’s HUF and can even be appointed as ‘karta’ (who manages) of his HUF property. The amendment now grants daughters the same rights, duties, liabilities and disabilities that were earlier limited to sons.

Get up and smell the coffee, Bro!

Dear Poet/ess….Women are supposed to be the epitome of sacrifice. Why?!! Going by your ‘nonsense’ poem a woman is yearning for respect from her very own immediate family members. First, she was ready to/ forced to give up her rights on parental property which brought her to the stage of yearning and begging. No offence….she is portrayed as a beggar and she is truly a beggar according to you that satisfies your ego. Through every form of art like poems/stories/articles/painting etc., we have successfully portrayed a woman as weaker sex who must accept that she needs protection. Of course she does, because in a very systematic way she is first ripped off every right of hers. Then a man is presented as her knight in shining armour. What if he turns out to be an idiot in tin foil? As a social experiment, why should we not rip a man off of every resource needed to survive and then ask him to idolize a woman to protect him. Will he go for this bargain? Never! If a man is so strong why can’t he protect himself..why he needs co-habitation? A very basic example: a girl is married off, quits property rights as social obligation, is chucked out of husband’s house a couple of years later, husband brings home another woman, girl comes back to parents’ house…and “she lives happily ever after”! As per the poem above ‘she CAN live happily ever after’ because all she needs is love and respect to survive. She will not get either love/respect, and even if she gets, will she be able to buy groceries, pay up for her children’s tuition fees and take care of all the expenditures through begged love and respect. In her very own father’s house, her brother would be doing all that for his family, because he has ‘his’ as well as ‘sister’s’ share of house and money. Sounds cruel…isn’t it?! But emotions don’t buy groceries!!

Now can we dare look at more of reality. A woman in any given circumstance is a human being, first of all. Any tag of daughter, mother, sister etc. is just an addition to that human being. She is made to sit on the throne for some particular day to be worshipped as a goddess. The purpose of worshipping is to put her in a state of confusion so that her own mind rejects the pain that she endures for all the other days. Goddesses and multitaskers are above normal. Isn’t it, dear poet? She keeps on enduring and ends up living a dependent life on a man. A man by virtue of being a man is given rights more than a woman..then some men choose to exploit women legally and socially. When a woman thinks of walking out of a marriage full of domestic violence (also chk the definition of domestic violence…it is much broader than physical), in many cases, she has absolutely no resources to sustain herself and her children. Where should she go? As per social obligation, the house where she was born into, is already snatched; the man she was married to has also snatched her ‘share’ of everything. She has the option of fighting for her basic rights through litigation for 10-15 years in the courts while her husband and her brother are living comfortable lives by using her ‘share’ and enjoy every moment ‘extra’. Epitome of sacrifice alias woman runs from pillar to post.

When we all are broadly aware of a woman’s plight in many cases, why do we portray woman as a piece of commodity through our art? Why do we have to misguide the younger generation that girls need to give up on everything to save relations? So much so that value of their life is zero! Why marriage is bigger than a woman’s life? Why should we make a woman feel ashamed if she is standing for her property rights on time? Why does she need to be a beggar? Why should she not raise her voice in her father’s house if her brother can? How many men have you seen begging for their basic rights?

Dear poet/ess..to start with you may like to read the work done by #KamlaBhasin..…you might get some sense in your brain before you dedicate such ‘non-sense’ poetry’ to all the girls.

Not ‘Candles’ In My Name 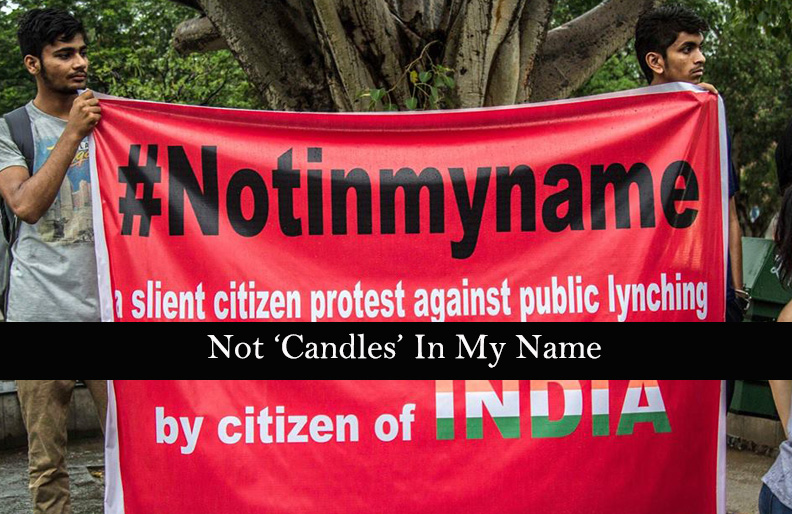