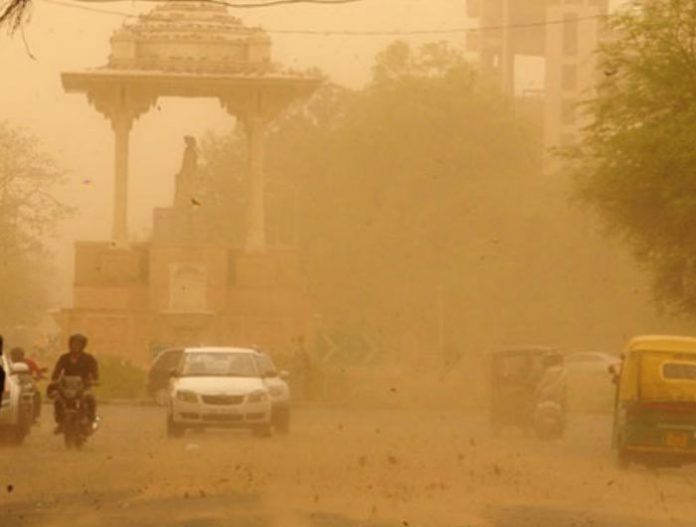 Northern Indian states are under one of the worst pollution spells. The dust storms originating from Rajasthan has interfered with daily life. Air quality has dropped to such a level that health has begun to be adversely affected. From Chandigarh Airport, all 33 flights arriving and landing there were grounded due to low visibility.

Now, Punjab Pollution Control Board has taken cognisance of the matter and issued advisory. It says that the PM-10 values are all times high i.e. 5-6 times higher than normal values. Similar is the case with PM-2.5. The Air Quality Index in Ludhiana was 443, in Amritsar it was 454, in Mandi Gobindgarh its was 440, Khanna 389, Patiala 403, Ropar 417, all fall in severe category of air quality, it said.

Considering it a ‘natural calamitic disaster‘, Punjab Pollution Control Board has issued an advisory considering how deteriorating air quality is affecting human beings, animals and plants.

A spokesperson of the board said according to the meteorological department, western disturbances are approaching northern India and rainfall is expected in a day or two, which will help clear this haze and dust. 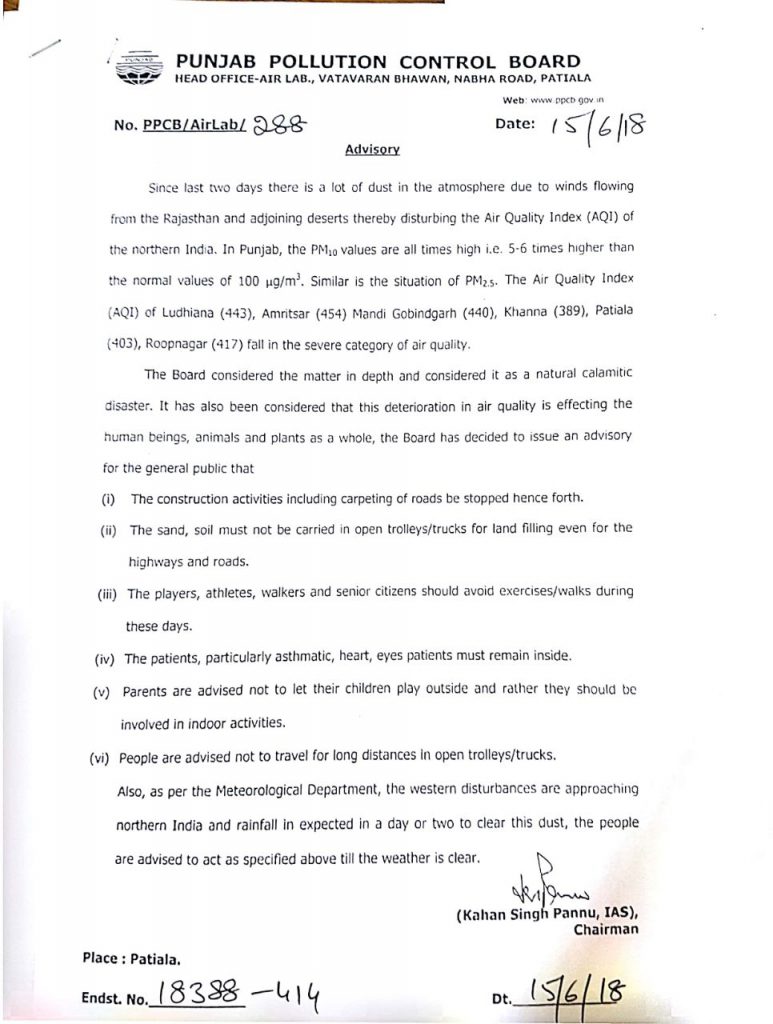 In view of severe dust pollution, the Haryana State Pollution Control Board (HSPCB) issued an advisory on Thursday that no construction activity could be carried out for the next two days in districts falling under the National Capital Region (NCR).