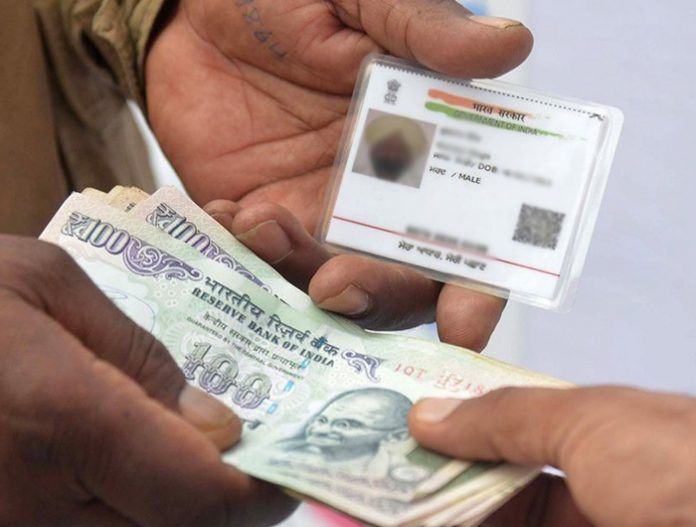 Aadhaar has been flaunted by Indian government as its crowning glory since its inception in 2009. With the Nandan Nilekani, the tech think-tank himself, at the helm of creating unique ID number for every Indian, the project has been described as “the most sophisticated ID programme in the world”. Skeptics had been questioning the security of the data, but the administration has been so confident about it being impregnable and unbreachable, it started linking welfare and other services to it like gas connection, pan card, bank accounts and what not. But who knew Aadhaar details would sell like commodity.

What has shaken to the core the ‘invincible’ belief is the news report in Chandigarh-based The Tribune, published an investigative story “Rs 500, 10 minutes, and you have access to billion Aadhaar details”. Yes, aadhaar details on sale for Rs. 500. National security breached and what it takes, just Rs. 500.

How ‘Aadhaar Details On Sale’ was uncovered?

The Tribune contacted an ‘agent’ on whatsapp, paid him Rs 500 (through Paytm) and within 10 minutes, a ‘gateway’ access portal was created. There, enter any Aadhaar number and all the information submitted to UIDAI (including name, address, postal code (PIN), photo, phone number and email) is on the screen. Aadhaar data of over a billion people is at its disposal.

This is not it.

For another Rs 300, for which the agent provided “software” that could facilitate the printing of the Aadhaar card after entering the Aadhaar number of any individual.

The news has not just shocked the UIDAI officials in Chandigarh or Bengaluru, but the whole nation.

Sanjay Jindal, Additional Director-General, UIDAI Regional Centre, Chandigarh, accepting that this was a lapse, told The Tribune: “Except the Director-General and I, no third person in Punjab should have a login access to our official portal. Anyone else having access is illegal, and is a major national security breach.”

CPI leader, Sitaram Yechury voiced his concern in a tweet.

The perils of making Aadhaar mandatory and linking it to bank accounts, as insisted upon by Modi govt, are visible here. Do we need more proof to stop this madness? https://t.co/9OEbitCmDO

As every citizen’s personal information is exposed to hackers everyday & ‘Right to Privacy’ is mocked and flouted with impunity, Modi Govt remains immune.

This is dangerous and criminal negligence of data security. Kudos to the reporter for unveiling the racket. A crackdown on the culprits& a corrective step is imperative: Rs 500, 10 minutes, and you have access to billion Aadhaar details https://t.co/XiYWrzs04H via @thetribunechd

Rs 500. That’s all it takes for someone to steal the data of a billion citizens. Envisioned by UPA as a tool for inclusion, #Aadhaar has become an identity theft nightmare under the NDA. https://t.co/bj5AWLR9JU

When and how did this ‘Aadhaar Details On Sale’ start?

The Tribune dug deep to reach to the roots of this racket. It’s investigations reveal that the racket may have started around six months ago with some anonymous Whatsapp groups. 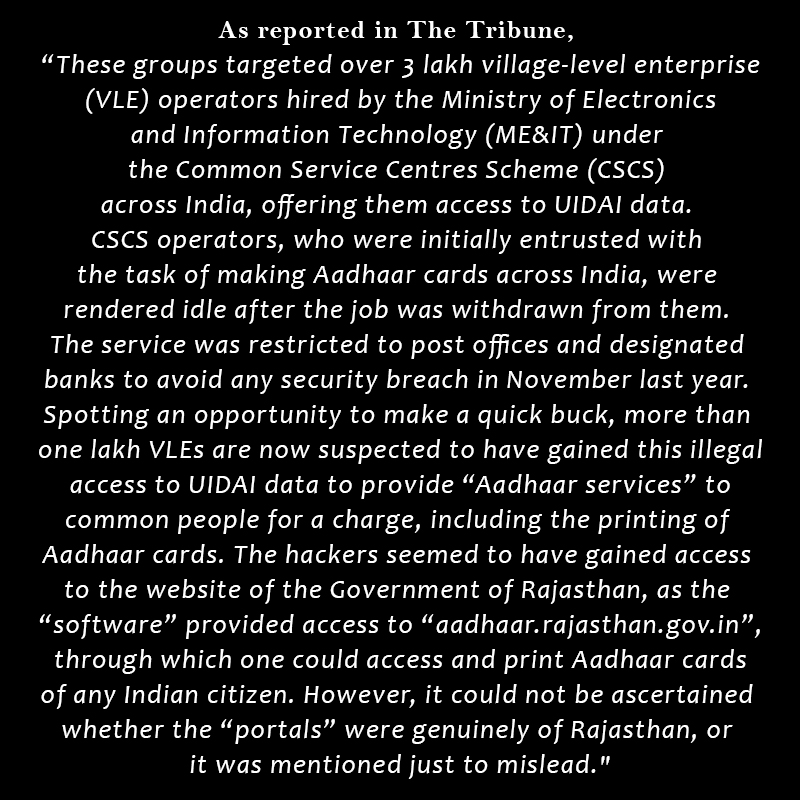 Last November, the government had asserted that the “Aadhaar data is fully safe and secure and there has been no data leak or breach at UIDAI.” But, it seems government needs to wake up!

We can only shudder in fear with the perils if the information lands in wrong hands.

UIDAI refutes claims of security breach and says the data is absolutely safe.

No #Aadhaar data breach; Aadhaar data including biometric information is fully safe and secure: @UIDAI, denying report by @thetribunechd, saying it is a case of misreporting 1/2 pic.twitter.com/2d4ORHqqMh

No #Aadhaar data breach; Aadhaar data including biometric information is fully safe and secure: @UIDAI, denying report by @thetribunechd, saying it is a case of misreporting 1/2 pic.twitter.com/2d4ORHqqMh

But, The Tribune is standing strong on its investigations.

Let’s see how the story unfolds in the days to come.