Home Latest News Health With 6000 Additional Children Fear to Die Due to COVID-19, It is...
Facebook
Twitter
WhatsApp
Email 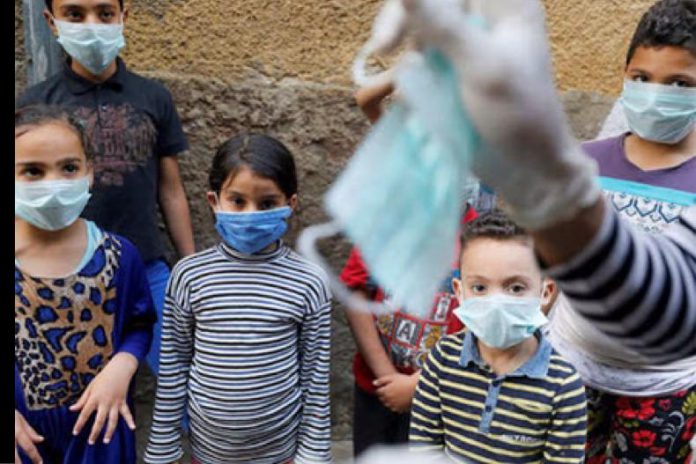 Coronavirus pandemic has already entered its fifth month and some experts like WHO believe that there is good chance that it may never go away. In such a situation, the routine medical and health-care services have been hit, vaccinations and immunisations are getting delayed due to choked supply chains. As a result, according to analysis by John Hopkins Bloomberg School of Public Health, additional 6,000 children could die daily from preventable diseases in the course of next six months. The UNICEF, UN’s children agency has warned that this health crisis is “quickly becoming a child rights crisis.”

UNICEF has requested USD 1.6 billion to support its humanitarian response for children impacted by the pandemic. Earlier in late March, the agency has made an appeal for USD 651.6 million. Increase in costs of supplies, shipment and care are cited the reasons for the new figure. This clearly shows how disastrous the socio-economic ramifications of COVID-19 have been on families especially those with limited means.

“Schools are closed, parents are out of work and families are under strain,” UNICEF Executive Director Henrietta Fore said on Tuesday.

“As we reimagine what a post-COVID world would look like, these funds will help us respond to the crisis, recover from its aftermath, and protect children from its knock-on effects.”

The Analysis by John Hopkins Bloomberg School of Public Health

UNICEF said the estimate of 6000 additional children was based on the worst of three scenarios analysing 118 low and middle-income countries:

“We must not let mothers and children become collateral damage in the fight against the virus. And we must not let decades of progress on reducing preventable child and maternal deaths, be lost”

Other Highlights of UNICEF analysis:

Till date, the UNICEF has received USD 215 million to support its pandemic response, and maintains that additional funding strengthen their efforts to build upon already-achieved results.

UNICEF has reached more than 1.67 billion people with COVID-19 prevention and precautionary measures against COVID including hand hygiene. Over 12 million have been provided with critical water, sanitation and hygiene supplies; and nearly 80 million children with distance or home-based learning.